In the market for a big improvement to your garden irrigation system? There are plenty of options out there, but if you're looking for a great deal on one, Rachio's 2nd-generation Smart Sprinkler Controller is on sale at Amazon right now with the 8-zone version at its lowest recorded price. And heck, the 16-zone version ain't looking too shabby at this point, either.

Rachio's controllers act just like other smart sprinkler controllers: they can run on a schedule with all the details tailored down to each zone and can skip watering cycles on rainy and windy days based on forecast data. Better yet, the devices are compatible with Google Assistant and Amazon Alexa — that means they're ready to be incorporated into routines or watering on command. 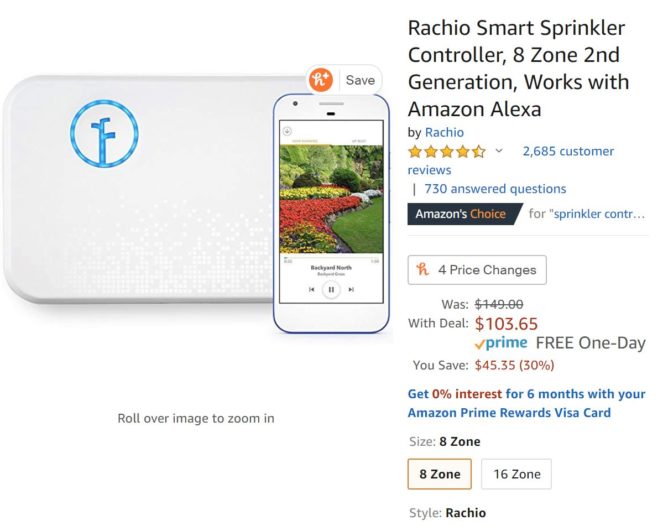 The 8-zone controller has been at major U.S. retailers selling for as low as $120. According to price tracking service Keepa, Amazon has kept it around the $150 mark for the past few weeks. Now, it's at an all-time low of $104. Amazon Prime subscribers can also get free one-day shipping. 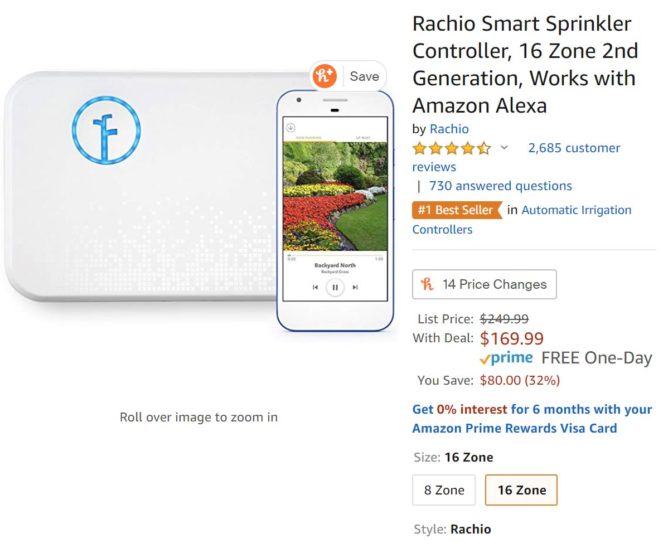 If you're wondering what paying a minimum of $199 for the Rachio 3 will bring, the main improvements from the 2nd-gen model are dual-band Wi-Fi, on-device controls, and easy-to-press connectors for 14- and 18-gauge wires. In our opinion, though, if your spec needs aren't as demanding, you're much better off snagging this steal of a deal.

IFTTT adds 13 new services to its catalog, but removes 31 others Spotify testing voice-controlled Car Thing, but you may never see one