I'm not a gamer, but even I knew that Call of Duty coming to mobile is big news. Big enough to have people trying to find ways to play it even before it's officially released, and scammers using the opportunity to prey on those who aren't knowledgeable or perceptive enough. And today we have the first signs of the latter: a scam listing for Call of Duty: Mobile has surfaced on the Play Store and it costs a — hold your breath — whopping $32. Yeah... no.

The listing is well done upon first glance. The icon looks similar, the screenshots and description too, it even says it's made by Activision Publishing, Inc, with the developer email and physical address pointing to the legit Activision. Plus the URL of the listing has com.activision in it.

The first red flag is the $32 price. CoD will be released as a free-to-play game, so you should not pay a single cent to get in. All the money-grabbing will happen with IAPs, but that's beside the point. The game itself is free to download.

And upon close inspection, you'll notice all the other minute discrepancies:

I've already flagged the copycat on the Play Store and I suggest you do the same so the app is taken down immediately and no one falls for it. 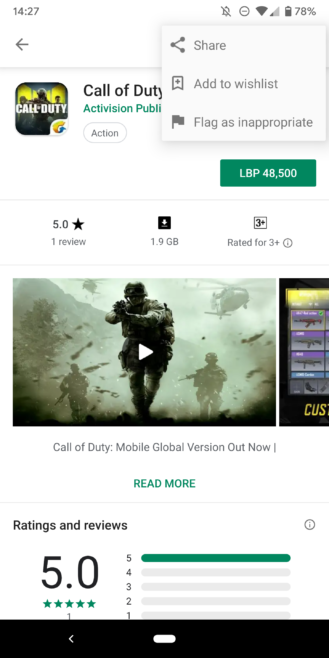 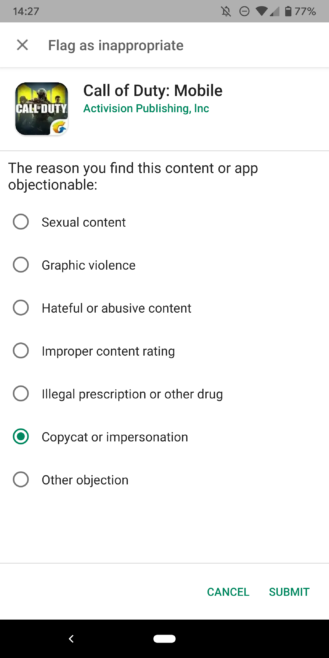 Meanwhile, here is the one and only Call of Duty: Mobile listing on the Play Store. You can pre-register there.

That was fast. Google has now removed this listing from the Play Store so you won't be able to find it or search for it anymore. I'd like to believe it was the combined power of all of us reporting it as a copycat that worked.

Google attempts to shed light on the confusing 'Works with Nest' to 'Works with Google ...