If you're thinking about buying basically anything from Samsung and you're also interested in picking up a fitness tracker, we've got quite a deal for you. Right now, if you pick up a Gear Fit2 Pro from Samsung's website, you'll also get $125 in credit to spend — which washes out to a fully-featured fitness tracker for just $75.

The Gear Fit2 Pro has just about everything you could want in a fitness tracker, including continuous heart rate monitoring, built-in GPS to track your runs, and offline Spotify functionality that lets you play your music on Bluetooth headphones while leaving your phone behind. 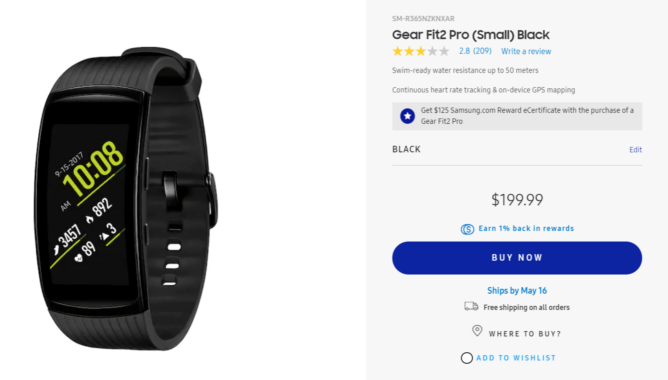 This deal goes great with the Samsung Galaxy Buds, which are just a few bucks more than the $125 eCertificate. Plus, if you're a student, you can also qualify for additional savings through Unidays. Head over to Samsung's site to check it out.

IFTTT adds 13 new services to its catalog, but removes 31 others