Asmodee Digital has released a new entry in the Talisman board game universe that's been specifically designed to offer a solo experience. It's called Talisman: Origins, and the idea behind this release is that it should allow players to explore the history of the Talisman world along with many of the elements that make up the original game's many expansions.

The above trailer offers little insight into what type of gameplay you can expect from Talisman: Origins. Luckily the Play Store description goes into a few of the details. The core gameplay is focused around solo play as you move your character across the board. As you take on the game's many quests you'll have to abide by the full rule-set of the Revised 4th Edition. You'll get to choose from twelve different characters, each with their own abilities, and you can even play as a bad guy as you take on the title's twenty story-filled adventures. There's also a helpful tutorial at the beginning of the game that will teach you the ropes since there are a lot of moving parts to consider as you play.

Talisman: Origins is available on the Play Store for $3.49, and there are no advertisements or in-app purchases included. It's a premium release offered at a low price point, which is always appreciated. Heck, it's even cheaper than the Steam version that retails at $6.99.

Asmodee Digital is no stranger to mobile board game adaptations. Earlier this week the company released the beta of Terraforming Mars, and now we have single-player spinoff from the Talisman universe to play through. If you're a board game fanatic, or simply a fan of the Talisman tabletop games, then Talisman: Origins looks to be a solid offering that explores the history and lore of the in-game world. With over twenty quests to explore and hundreds of challenges to complete, Talisman: Origins should keep players busy for a good while. 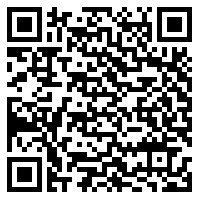 TALISMAN: ORIGINS, A NEW VIDEO GAME BASED ON THE CULT FAVORITE FANTASY BOARD GAME, COMES TO PC AND MOBILE DEVICES TODAY

PARIS - May 16, 2019 - Asmodee Digital, a leader in digital board game entertainment, has released Talisman: Origins, a new fantasy adventure video game based on the cult favorite board game from Games Workshop. This new adaptation, focused on a solo experience, allows players to explore and learn about the complete story of the world of Talisman, including the different elements of the Talisman: Digital Edition expansions, by exploring different books—each corresponding to a scenario set in the Talisman universe. With Talisman: Origins, players will enjoy a brand new way to discover the Talisman world. Featuring a compelling world of wizards, dragons and devils, Talisman: Origins gives players full strategic control of heroes and mythical creatures to defend the sacred chapels and ward off invading hordes from an opposing dungeon.

Talisman: Origins takes players back to the history of the world of Talisman, guiding players through the creation of the Crown of Command, the Return of Dragons, the Ifrit War and the Rise of the Guilds. By controlling 12 Talisman characters, including the exclusive new Great Wizard, they battle to save the land from malevolent fantastical forces, including dragons and demons. Those looking to take a walk on the wild side will be able to play as an evil overlord, deploying hordes of foes to destroy the heroic fortresses. Talisman: Origins features 20 quests spread across four campaigns, with a total of 100 challenges to complete.

In addition to Origins’ release, Asmodee Digital has also launched The Ancient Beasts downloadable content (DLC) for the original Talisman: Digital Edition, which adds a plethora of new content to the acclaimed 2014 version. In The Ancient Beasts, the sacred soil is now scorched and destroyed by wizards and witches while mysterious new forces have emerged in the form of long-dormant behemoths and titans of Talisman, finally awakening to a new quest for the Crown.

About Games Workshop®
Games Workshop® Group PLC (LSE:GAW.L), based in Nottingham, UK, produces the best fantasy miniatures in the world. Games Workshop designs, manufactures, retails, and distributes its range of Warhammer®: Age of Sigmar® and Warhammer® 40,000® games, miniature soldiers, novels and model kits through more than 507 of its own stores (branded Games Workshop® or Warhammer®), the www.games-workshop.com web store and independent retail channels in more than 50 countries worldwide. More information about Games Workshop and its other, related, brands and product ranges (including our publishing division ‘Black Library’ and our special resin miniatures studio ‘Forge World’) can be found at www.games-workshop.com.

Google says Assistant is available in more than 30 languages and 80 countries, though many seem ...