When ZTE involuntarily exited the US smartphone market last year, it effectively pressed a big “reset” button on its strong carrier relationships. While the brand has since returned via Verizon’s prepaid brand Visible (ZTE makes the R2 smartphone), ZTE has remained uncommitted as to when and how it will reintroduce itself to Americans in a more substantial and serious way. The Axon 10 Pro could be the first step - if ZTE decides to launch it here. The affordable flagship sells for 600 Euro in a number of European countries, where it launched very recently.

The Axon 10 Pro has most of the trappings you’d expect of a high-end phone - wireless charging, a top-tier chipset, big 6.5" OLED display, in-screen fingerprint scanner, and three rear cameras - but ZTE does cut a few corners to get the MSRP quite so low. It ditched most formal water resistance (it’s just IP53), opted for a more traditional notched screen (versus pop-up camera), and kept the resolution of that screen at 1080p, instead of opting for a more costly UHD panel. In the grand scheme, however, these seem like exceptionally reasonable compromises, not the kind that make or break a user experience. 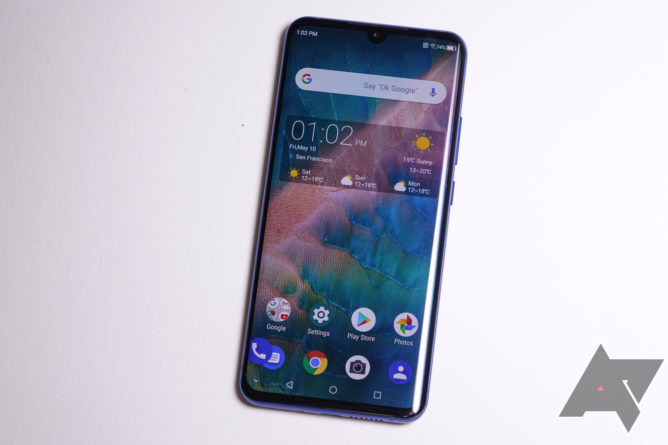 Yes, there was a bug with the dialer icon.

ZTE is even moving in more of a “stock” direction with its Android software, opting for light aesthetic modifications over a heavily-branded and feature-driven OS. There are some changes that ZTE hopes will make it stand out, like a switch to the faster F2FS file system, automatic system cleanup to help preserve long-term performance, some customizations to the camera experience. But the stock gallery, dialer, SMS, email, and calendar apps are all Google, and the Axon 10 Pro’s launcher even features the Google Discover feed as the left-most pane. Between the improvements brought on by Project Treble in Android 9 Pie and a growing sense of competition in the space of long-term device update, ZTE hopes to be able to keep the Axon 10 Pro on track for at least two major OS updates (i.e., Android Q and R). The lack of an explicit promise makes this statement of intent less than fully reassuring, though. 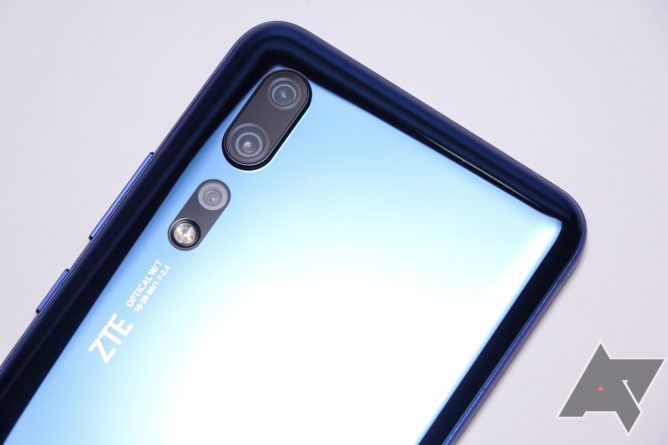 There’s also a 5G version of the Axon 10 Pro launching in a number of smaller European countries in June, though the only real difference between that phone and the standard 10 Pro is a new custom cooling solution (5G generates a fair bit of heat) and antenna setup designed by ZTE for the next generation of wireless networks.

While ZTE won't be launching the 5G version of the Axon 10 Pro in the US, my next question to ZTE was the obvious one: will the regular Axon 10 Pro come to America? Based on our chat, it sounds like there’s a pretty strong likelihood barring unforeseen challenges. If it does, ZTE says it will be sold open channel - i.e. unlocked via web retailers - and not in partnership with any US carrier. A likely price point is somewhere below $600, with summer being the target release window. But ZTE is being careful to keep expectations well-managed as to its ambitions in America, as it works to reassure operators and customers that it won’t be part of another regulatory scandal - the kind that almost destroyed its entire business last year. As such, I can’t tell you the Axon 10 Pro is coming here, because ZTE won’t say it is - just that it could. 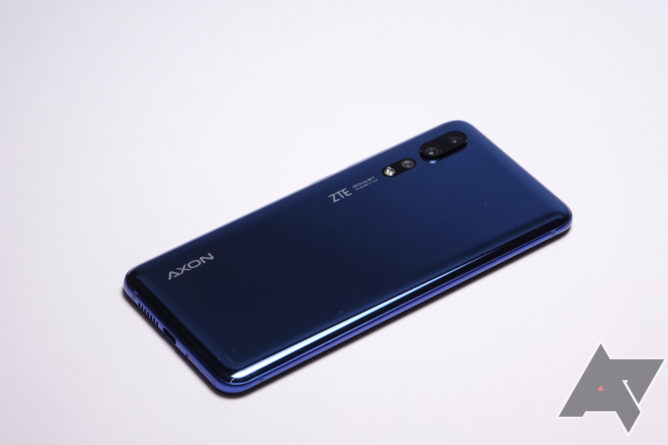 If it does come to the US, the main appeal of the Axon 10 Pro is an open question to me. Very few phones exist around the $500-600 price point here, but the mainstream points of comparison will be with the iPhone XR and Galaxy S10e, both of which are more expensive but frequently-discounted phones sold on every major carrier. While the 10 Pro has a significantly larger display than the S10e and a substantially bigger battery than the iPhone XR, it’s hard to see either being factors which would actually result in consumer conversions, even if the 10 Pro were to end up on major carriers (which it won’t). And though I’ll never turn down more choices over fewer in the cloistered US premium smartphone market, I’ll also freely acknowledge just how many manufacturers it has chewed up and spit out. ZTE won’t have an easy time of it here, and I think it’ll need more than the Axon 10 Pro can offer to get fickle US consumers to turn their heads.

As to OnePlus, while the 10 Pro has a Snapdragon 855 processor, 4000mAh battery, and starts at 6GB of RAM and 128GB of storage - the kind of specifications that put it right up next to the 7 Pro - as of yesterday, there's a wrench in the works (at least outside the US). The basic OnePlus 7 is anticipated to launch in Europe, and it's likely that phone's price will undercut ZTE's: in the UK, the 7 costs 500GBP, 150GBP less than the 7 Pro - a similar delta in Europe seems likely.

The regular OnePlus 7 is down two cameras on the Axon 10 Pro and lacks its wireless charging, so the phones aren't totally apples to apples (and ZTE would likely argue for the OnePlus 7 Pro positioning). But the Axon 10 Pro doesn't come with the 7's faster UFS 3.0 storage, it charges more slowly (18W max over USB-PD), and its in-screen fingerprint scanner is an older 2nd generation sensor compared to the 7's super-speedy 3rd generation part. And while ZTE's shift toward more stock-like Android is welcome, I can't imagine them matching OnePlus for software support or customization. As such, it seems likely ZTE's phone will be subject to unfavorable comparisons to a phone that could cost even less. That's not a great position to be in, especially when much of ZTE's pitch with the 10 Pro is value. 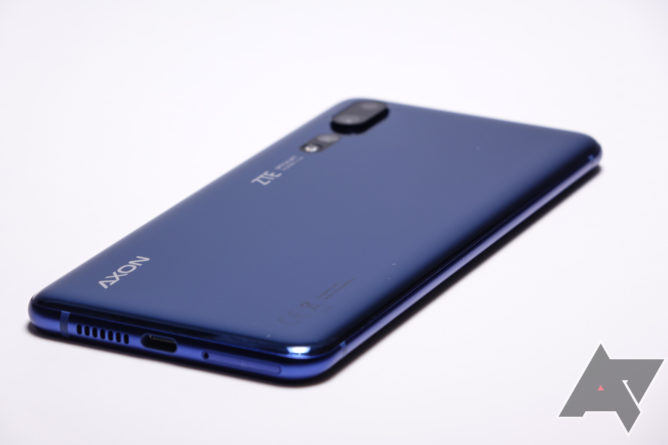 Chrome OS 76 fixes the biggest problem with notifications on Chromebooks: the 'clear all' button