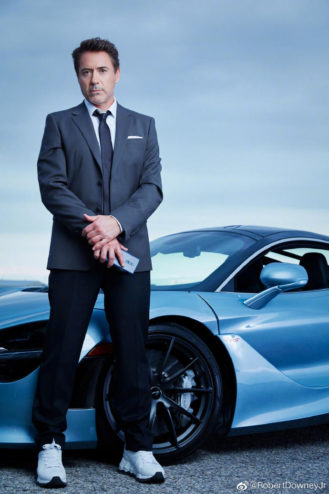 The image itself is a typical example of actor-promoting advertisement. Excluding the out of place sneakers, you've got RDJ holding a OnePlus 7 Pro and standing in a suit before a fancy car — a McLaren 720S, according to resident car enthusiast Richard Gao — beneath an artistic, steel blue, cloudy sky.

This isn't the first time Downey has graced a phone ad. Back in 2013, HTC brought in the Iron Man star in the hopes his splendor might save the Taiwanese manufacturer's slowly sinking ship by selling a few more phones. (Narrator: It didn't). OnePlus isn't in the same dire straits — if anything, it's doing better and better, including its latest 7 Pro — but maybe Downey's face can help the company sell a few more phones in China.