Android and Google often go hand-in-hand, but for users who would prefer to not expose all their data to Google, privacy-focused distributions do exist. Now, one organization is looking to sell users popular phones pre-loaded with one of these Google-stripped Android forks.

Gaël Duval, the creator of the now-deprecated Mandrake Linux and a longtime open-source developer, launched /e/ OS in 2017 to "unGoogle" his smartphone. 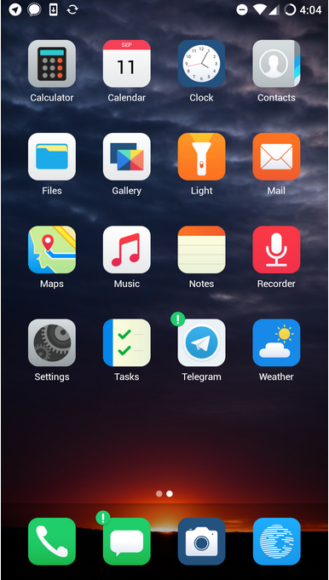 It's a LineageOS fork based off of Android Nougat and Oreo (Pie is said to be coming soon). Both versions adopt the same basic functions and services from AOSP and other open sources like MicroG, OpenCamera and MagicEarth — some apps are stock, others are modified. The "BlissLauncher" interface looks like a Chinese OEM's rendition of the iOS home screen, but it's less the point here than diversifying who users give their data to. /e/ OS is available in various official, community-made, and unofficial forms to flash on 81 devices from OEMs including Essential, Google, HTC, Motorola, OnePlus, Samsung, and Xiaomi among others.

However, Duval's non-profit /e/ Foundation wants to make a splash by offering phones with full-distribution /e/ OS betas pre-installed. It is seeking out registrants to buy refurbished Galaxy flagships to try out the software and give feedback. Those registrants would purchase their phones in June.

Here are the devices on offer with indicative retail pricing:

All phones are refurbished to what's considered "Grade A" standard, unlocked, and dual-SIM capable. They come with a 1-year warranty.

Anyone inclined can hop over to this link, hit "I'm Interested" on the device they want, and get whisked through a no-charge checkout — this process allows /e/ to gauge demand and prepare supply accordingly. Participants will be notified next month when devices are ready to be bought.