The extensively leaked Motorola One Vision is official, and it looks like the leaks were dead-on. This Exynos-powered phone sports a super-tall 21:9 display with a hole-punch camera, and it runs Google's Android One build of the OS. You won't be able to buy it in the US, but Motorola will sell it in many other markets.

The Motorola One Vision has a 6.3-inch 1080p screen with a hole toward the upper left for the front-facing 25MP camera. The punch hole looks much larger than the one on the Galaxy S10, though. The rear camera is 48MP, but Moto's "Quad Pixel" technology allows four pixels to behave like one larger 1.6um pixel. As a result, you get 12MP images that are allegedly brighter. Moto also has a new Night Vision mode that seems to be a clone of Google's Night Sight. 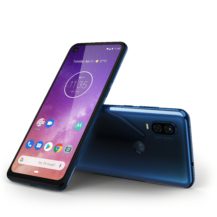 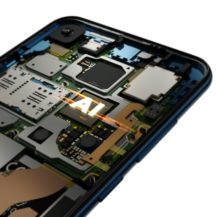 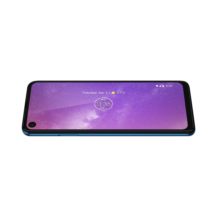 This phone is part of the Android One program, so it'll come with three years of security updates and the latest build of Android Pie out of the box. Moto is launching the phone today in Brazil with more Latin American countries coming in a few weeks. Parts of Europe will get the Motorola One Vision starting tomorrow at a price of €299, and it'll come to the UK for £269 at the end of the month. No US release is planned at this time.

Alt-Frequencies is a new narrative mystery from Accidental Queens, and it's available on ...