Google Drive and Google Photos have always had a close relationship. You could view your uploaded pictures right inside Google's cloud storage app, although the company made it harder to access them last year. Now, some evidence is pointing towards the two falling apart even further. Images uploaded to the picture service might not be accessible through Google Drive app anymore starting this July.

During a teardown, some strings surfaced that couldn't be more clear cut. Just see for yourself:

<string name=”photos_update_description_text_sync_enabled_july”>Starting in July, your Google Photos library will no longer sync to Google Drive. All your files are safe in Google Photos.</string>

The first string will most likely show up before the second one, making users aware that their libraries won't sync across the two Google services starting in July. The second one will probably appear as soon as the connection is completely down. This is also the place where I suspect the text will show up. 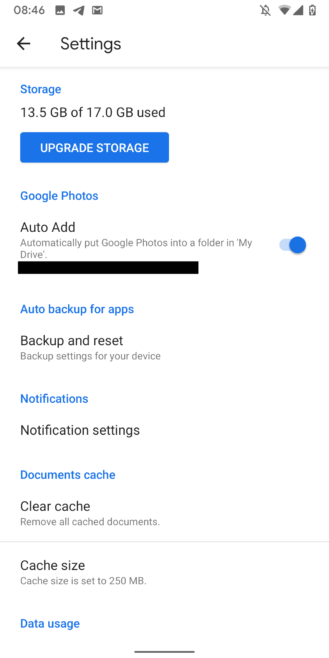 It's unfortunate to see the integration going away since I often preferred working with Drive over Photos. The service offers you more options, such as renaming the underlying files and easily moving them to different locations. Let's just hope that Google doesn't touch the integration of the services on the desktop, where they were only recently folded into one program in the first place.

Note that as of now we're not seeing evidence that the integration is going away on the web and in the desktop application, although it could very well end up disappearing there, as well – after all, why would Google remove it in the app but leave it elsewhere?