Despite warnings not to remove the display's protective layer, several people ended up getting rid of it, causing their screens to fail. Nevertheless, telling someone not to remove a screen protector is usually not enough for them to realize how it could make things go wrong, especially when the warning isn't explicit. Samsung appears to have realized it needs to make this layer unremovable, instead of relying on people not to peel it off. Indeed, reports indicate the company will integrate the screen shield into the body, which will prevent users from removing it. The firm may also make warnings more explicit and visible for final production handsets, so users know they shouldn't take them off. 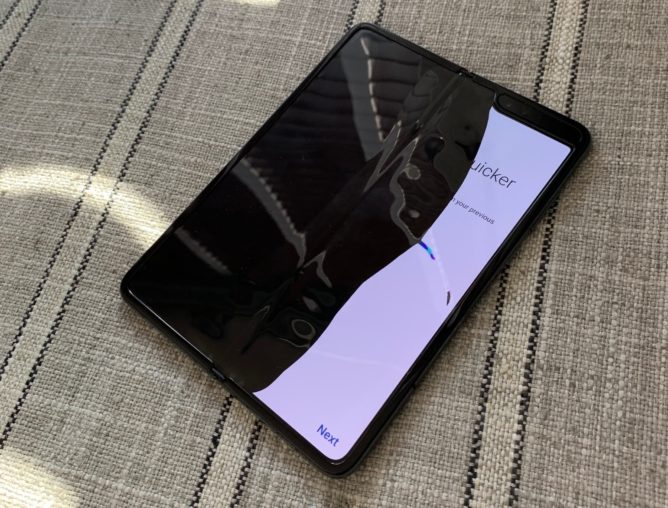 Also, the hinge on the initial design could let undesired elements make their way into the display components. Samsung is reportedly fixing this issue by reducing the hinge area to prevent such substances from getting in.

Revised prototypes are rumored to be currently tested with mobile carriers in Korea, and the results should determine whether these changes are satisfactory enough to roll out the fix. We'll keep you updated once we know more about Samsung's upcoming device and its release schedule.