Earlier this month Accidental Queens announced that its audio-based narrative mystery Alt-Frequencies would land on Android, iOS, and PC on the 16th of May. Lo and behold the Android version has arrived on the Play Store an entire day early, leaving the other two release platforms in the dust. For once, Android plays second fiddle to no one.

The trailer linked above doesn't really give a sense of what the gameplay is like in Alt-Frequencies, though it does hint at the basic premise. Apparently, everyone in the game is stuck in a time loop, and they don't even know it. It will be your job to solve the mystery of this time loop by using recorded audio snippets to expose the in-game world to the truth. Every time you redistribute information, you can change the next three minutes of the time loop, which can impact news coverage and improve the lives of those who hear it.

The developer Accidental Queens is no stranger to narrative-based games as this is the same studio that created A Normal Lost Phone and its sequel. Unlike those two titles, you won't interact with a phone's interface in Alt-Frequencies, but instead, you'll have to dial in specific radio stations to find the necessary audio clips that can move the story forward.

As of today, Alt-Frequencies is available on the Play Store for $4.99, which is the same price the upcoming PC and iOS releases will be listed at when they land tomorrow. There are no advertisements or in-app purchases included in the Android version, as it is a premium release. 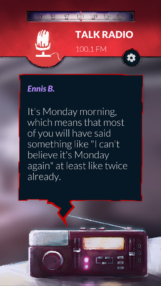 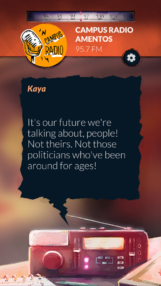 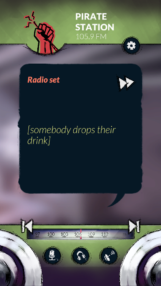 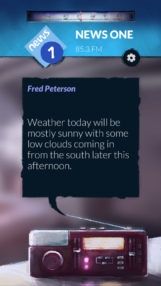 Accidental Queens has indeed created a niche for itself in the mobile gaming world with its narrative-based games. While I can't say this is a genre that will appeal to everyone, if you're the sort of person who enjoys a good story over skill-based gameplay, then Alt-Frequencies is definitely a title you should be looking at. Plus, if you purchase the release today, you'll be able to brag to your friends that you were able to play an entire day early, you know, to really rub it in their faces. From the creators of the indie hit 'A Normal Lost Phone' and co-produced by ARTE (Bury me, my Love) comes an intriguing new mystery with entirely unique gameplay mechanics

The studio has also released a brand new launch trailer to celebrate the game’s arrival, which you can watch here.

Alt-Frequencies tasks players with unravelling a mystery taking place between multiple radio stations among a disparate group of people, intersecting where interactive investigation meets podcasting. Record, rewind time and broadcast snippets of radio shows to find out the truth about the time loop, a conspiracy and the biggest vote in history.

Alt-Frequencies supports Visually Impaired players and Blind gamers with inclusion of players of various disabilities being a cornerstone of the game design. In Alt-Frequencies players will solve a series of puzzles to progress in their investigation. A radio/audio format is used as the game’s key mechanic, delivering an innovative and original method of non-linear storytelling which has become the signature calling card of acclaimed development studio Accidental Queens.

Players will get an intimate look into the lives of radio hosts, conspiracy theorists, students, politicians, underground activists, train station managers and even a dog as they manipulate and redistribute information between them and impact their lives in various ways.

The official soundtrack for the game is available to preorder, and you can listen to already released tracks on Bandcamp: https://alt-frequencies.bandcamp.com/album/alt-frequencies-soundtrack

You can find further info and assets in the press kit.