Google has been putting a lot of effort into Android users' health and security with features like Digital Wellbeing, but also by helping them stay focused while driving. Now, the company appears to be working on a feature that should help you when you do get into an accident while on the road, regardless of cause. Some strings appeared on Android Q that suggest Pixels will automatically detect crashes.

The colleagues from XDA Developers dug into the latest Q Beta, released during Google I/O, and found a new app called "Safety Hub" which should be exclusive to Pixel phones as per its manifest file. The team inspected the yet-to-be-announced product closely and found some strings that suggest it can automatically detect car crashes, with the aptly called feature "Car Crash Detection." There are even two icons depicting accidents to go with it. 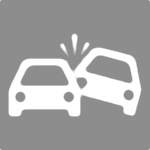 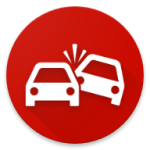 Thus far, it's unclear how exactly your phone detects a crash, as even a combination of acceleration measurement and microphone polling could produce a number of false positives. Maybe the feature only works when your device is connected to a car that can detect accidents itself. It's also unclear what does happen when the app recognizes a crash, but it would be fair to assume that it could automatically contact first responders and user-defined emergency contacts.

If the company can provide accurate and fail-safe crash detection, this might give it a lead against competitors and might move more people to use platforms like Android Auto or Assistant Driving Mode while on the road. And, most importantly, it could save a lot of lives.