Google Assistant is apparently testing a new design for its listening interface when the service is triggered externally. 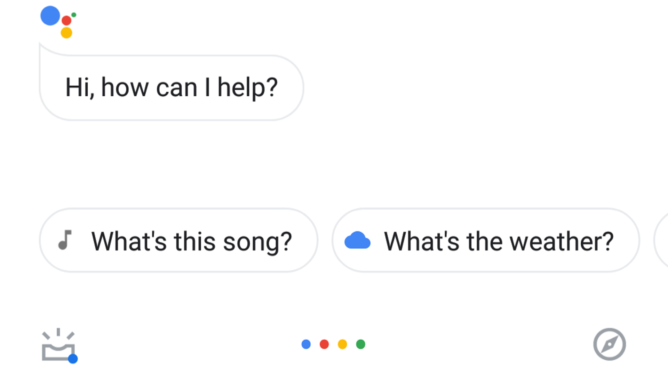 When Assistant is triggered from outside the app, the above UI is brought up. The look is adapted from Material Design, but this card has quite a bit of clutter going on. Instant queries are available to be tapped while four dots stretch and ebb to mimic an audio waveform as you talk to the Assistant. 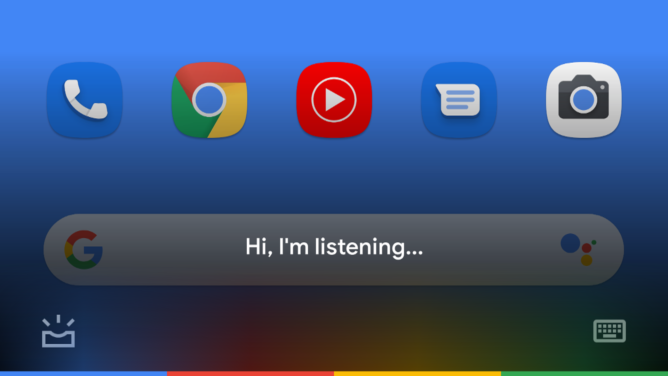 This is the new look that some users are getting right now. It gives off a few vibes from Android 4.0 Ice Cream Sandwich's Holo days with the dramatic shading, the neon-esque quality of the Google color quartet, but with the modernity of detailed glyphs that are linked to the user's feed and to keyboard input for a query. The functionality may have been cut down a bit too much for some users' liking, but we're guessing some layout decisions have yet to be made.

9to5Google has a video of the interface in animation.

Redditor SentientKayak said that they received the redesign with version 9.84.10.21 of the Google app. Others on v9.88.4.21 have not gotten it, leading some to believe that it is being A/B tested. You can grab the latest version on APK Mirror.