Historically, Brydge has released keyboards for iPads and Surface Pros, although we became more familiar with the company thanks to the 'Made for Google' Pixel Slate keyboard it recently produced. Brydge's Google intentions don't stop there, though, as it's now announced the first-ever wireless keyboard and touchpad designed exclusively for Chrome OS.

Styled in the same handsome navy blue as the Pixel Slate and its accessories, with black keys and accents, the keyboard features the same layout as recent Chromebooks, complete with a dedicated Google Assistant key. The body is made from aluminum and 6-month battery life is touted. When it does need charging, a USB Type-C port is on the back which can also be used to plug the keyboard into a Chrome OS device directly. Configurations for English US, English UK, and German will be available. 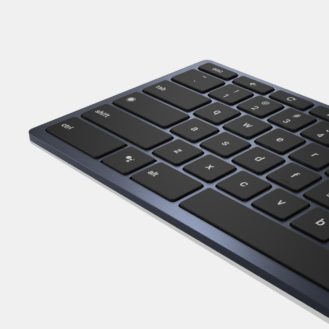 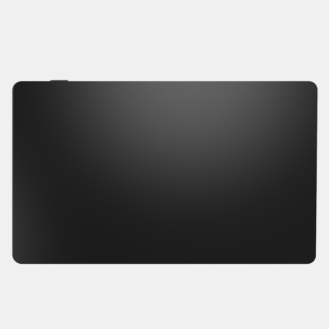 The touchpad, just like the keyboard, is reminiscent of an equivalent Apple product, with its subtle wedge shape and aluminum/glass construction. According to the product page, the trackpad is Bluetooth 4.2 (while the keyboard is only 4.1) but it also has a USB-C port.

No details on pricing have emerged and it looks like you'll have to wait until spring to pick them up. Chrome Unboxed tried them both out and was suitably impressed. Hopefully, we'll see more similar products for Chrome OS in the near future.

Some new info on Brydge's release plans has just trickled in, and much as we were expecting, you'll be waiting until spring to pick this hardware up, with a late-April/early-May target for release. Pricing might be a tad steeper than you were hoping for, though, and it sounds like shoppers will be shelling out just under $100 for each unit. Especially if you were hoping to snag both the keyboard and touchpad alike, that gets real expensive, real fast.

The Keyboard is now available for purchase

If you've been patiently waiting for these to go on sale, there's some good news and some bad news. It's great to see that the keyboard is finally on sale — it costs $99 and can be purchased from the Brydge site with a shipping date of May 17. Sadly, the touchpad is still listed as "Coming soon" so you'll have to make do with your crappy mouse for a little bit longer.