Screenshots are useful when you need to save information locally, but they're mostly handy when it comes to sharing what you're seeing. They're particularly convenient when you want to send a text discussion to a third party, but you often end up having to take plenty of screenshots that get mixed, making it even harder to follow the conversation. In order to address this problem, several manufacturers such as Samsung, Xiaomi, and HTC have implemented "scrollable screenshots" in their user interface, so people can share snippets of a conversation without having to save and send multiple files. As this feature is not natively available in Android, it is fair to expect Google to implement it in a future build. The company, however, doesn't even seem to consider it, claiming it's simply "infeasible."

We've noticed an Android user has started bringing this to Google's attention back in May 2018 and re-opened a new case in January this year. Despite the case being backed by other users, the company initially deferred the request to a future release, before simply declaring it won't work on it because it's not feasible. It's also surprising Android doesn't natively support scrollable screenshots, while several manufacturers have implemented it as early as two years ago. What's even more astounding is Google's unwillingness to work on standardizing a feature across all devices, something it usually likes doing.

Although we weren't expecting the feature to come with Q, we at least believed the company would have thought of including it at some point. We hope Google will change its mind and work on an implementation in a future release. In the meantime, you can install LongShot to take longer screenshots, if your device doesn't support the feature out of the box. 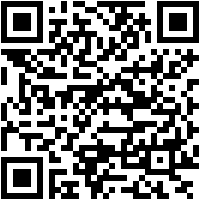 Things might not be as clear cut as we thought for Google. Indeed, during the Android Fireside chat at Google I/O 2019, someone asked David Burke, Android's VP of Engineering, if he could explain why this feature wasn't going to be implemented. David replied he was unaware of who said they couldn't do it and thought it was a good idea, but it all comes down to prioritizing it compared to other feature requests. We've pinged him to see if he wanted to reprioritize it, but haven't heard back yet. Let's hope things move forward and Google works on adding this feature natively to Android.