We've covered various connected home security systems from the likes of Nest and Ring, but these systems can cost hundreds of dollars. That's just for a starter kit, too. You might get north of a grand before all your doors and windows are linked up. Enter Wyze, which has made a name selling ultra-cheap security cameras. The new Wyze Sense system costs a mere $20, and pairs with your existing Wyze cameras.

It would be unreasonable to expect the same performance from Wyze Sense that you'd get from something like Nest Secure, and indeed, it's not that powerful. However, you do get a surprising amount of functionality for chump change. Wyze Sense can tell you when doors open, when it detects motion, and it records videos based on those signals. There's no alarm component right now, but this looks like a great way to get started with connected home security.

I will admit to being enamored with Wyze Sense partially because it's so delightfully compact. The entire system comes in a box that fits in the palm of your hand. It consists of a bridge, an IR motion sensor, and two magnetic contact sensors. Each one is tiny, barely larger than a standard US quarter. 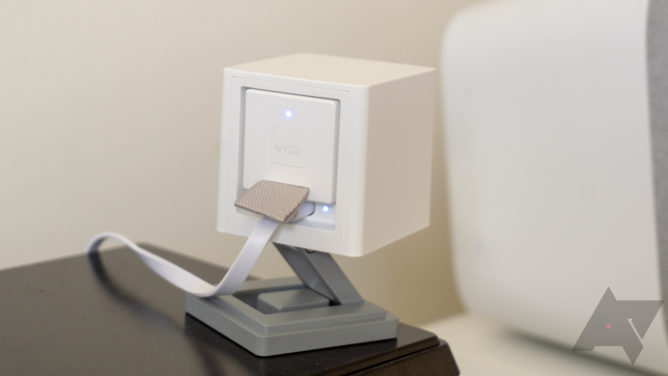 Unfortunately (but understandably), you need a Wyze Cam to use Wyze Sense. The bridge has a USB plug on the back, which slots into the back of your camera. It sits perfectly flush with the surface, but there's a fabric tab to pull it back out. According to Wyze, the bridge isn't Zigbee or Z-wave—it's a proprietary non-mesh communication protocol. Each sensor connects directly to the bridge, which probably limits the range. That said, I haven't had any issues. 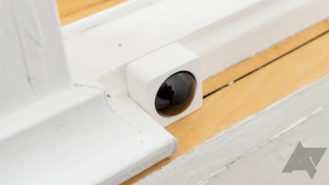 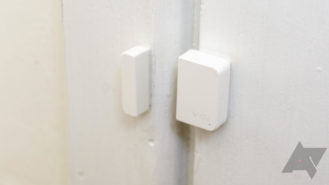 The contact sensors have adhesive pads on the back, and you can mount them on just about anything that opens: doors, cabinets, drawers, and so on. The magnetic sensor registers the "closed" state from about two centimeters away, so they're quite versatile. The motion sensor is a bit thicker than the contact sensor, but it's still compact enough to fit almost anyplace. It reliably detects motion (technically heat) anyplace in a large room. It can see all the way down the hallway in my house, about 15-20 feet away. 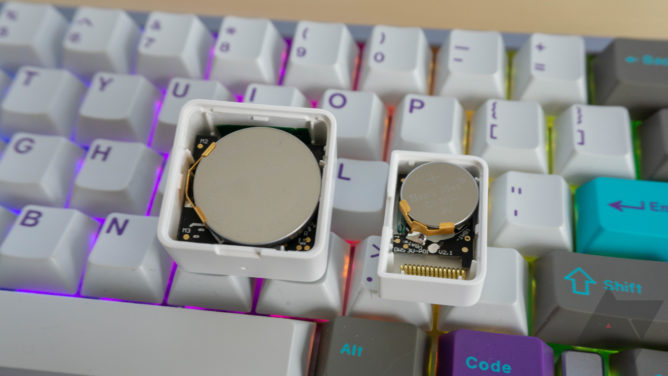 The sensors both contain small coin cell batteries. Wyze says they're good for about a year, but I can't verify that. You can pull the rear covers off to replace the batteries whenever they die, though.

Wyze Sense plugs into the same app as the Wyze cam. After installing the bridge in your camera, setting up the sensors is a snap. Just use the included reset pin to turn the sensor on, and it'll be detected in the app. Give it a name, and place it wherever you want.

The Wyze app is a bit hit and miss. The design is good, and I like that the main page shows all your sensors at a glance. However, the camera features have always been a little buggy. Although, Wyze gets a thumbs up for offering 14-days of free online video storage.

After adding sensors to your app, you need to go into the settings and configure which camera (if any) you want to record a clip when something triggers it. This is a bit counterintuitive, but it works fine once everything is configured.

The Wyze app fires off notifications whenever one of your sensors goes off. You can quickly jump into the app and see the live video feed or review recorded clips. The missing piece of the puzzle is, obviously, the alarm. A true security solution like the Nest Secure makes a loud noise when triggered. The most you'll get here is a ping on your phone. There's also no way to enable and disable sensors based on your location.

Yes. At $20, Wyze Sense is firmly in "impulse purchase" territory. If you've already got a Wyze Cam, this is a no-brainer way to extend the usefulness of your camera. Even if you don't have the camera, you can get the whole setup (camera and Sense) for $40. The functionality it provides is well worth the price. You can also buy extra sensors: $20 for four contact sensors and $6 for another motion sensor. 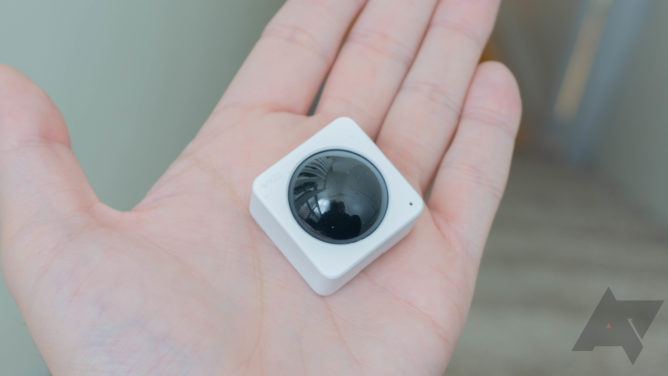 I wouldn't trust Wyze Sense with pressing security needs. It's missing an alarm, geofencing, a keypad, and other advanced features. However, for basic security and monitoring, it's an unparalleled good deal.

[Update: Pixel 4, 3, and 3a] Live Caption will caption all content in real time