Google may need a reminder on how reminders are supposed to work. Multiple users have complained about not being able to set reminders with Google search — it's a feature that has gone missing time and again over the past couple of years.

Android Police has received multiple tips on the subject and is able to confirm that reminders cannot be made through Google.com on desktop and mobile platforms. Google Search Community members have made two threads to complain about the issue.

Typically, users can submit a query into the search engine starting with the words "remind me" and then be prompted to save that reminder to their accounts on Google Calendar. 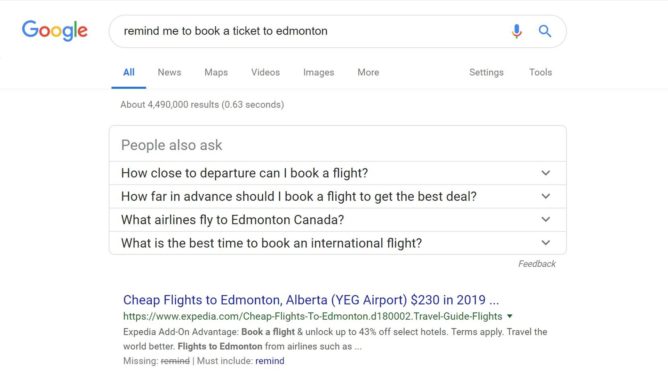 A "remind me" query now generates search results instead

At this point, it doesn't look like Google has decided to kill that method of making reminders once and for all: the Google Search Help pages still say that people should be able to create reminders from desktop web browsers via Google.com.

Android users are able to set reminders via text or voice command with the Google app on their devices. However, as iOS users require either the Google Assistant or Google Calendar app to make reminders, having at least a desktop-based system around was a matter of convenience and practicality.

How the feature works on Android

Google has yet to acknowledge the issue on the support threads. We've reached out to the company and will update this story if we hear back.

We got reports this week from our commenters saying that web-based reminders are back again. Lo and behold: 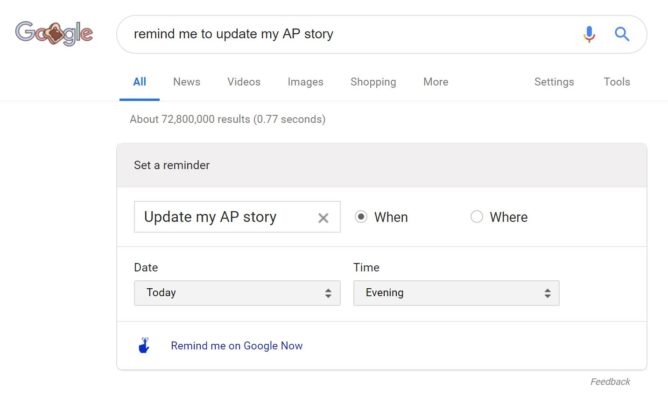 Google acknowledged the broken feature on April 27 after weeks of complaints.

Thanks: Bobby and Jason

Another Pokémon game is coming to mobile, courtesy of DeNA