Android Q Beta 3 has hit our devices only a couple of days ago, but so far, it turns out to be the buggiest preview release of the latest OS version yet. We're experiencing mobile-network-breaking eSIM trouble, some Google Pay problems, and some issues related to the new gesture navigation. Now, another bug has surfaced that affects screenshot sharing and saving.

It's taken us a while to notice this problem, since it only affects native share dialogues from apps like WhatsApp and Telegram, while others like Slack and Android Messages work like a charm. The bug boils down to this: Screenshots you take on Q Beta 3 won't appear in the former apps' integrated image sharing options, while other files and camera pictures show up. To make the point clearer, you can see that I've taken a bunch of screenshots in Google Photos in the left image below. These won't show up in Telegram's and WhatsApp's image share galleries. 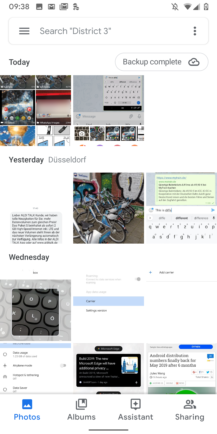 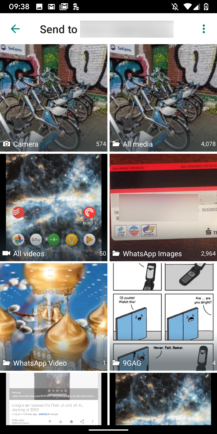 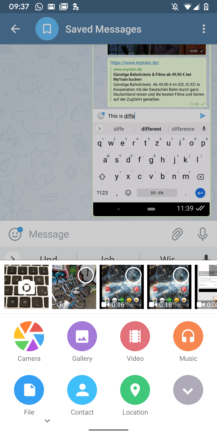 Note the screenshots I took yesterday and Wednesday in Google Photos on the left. They're not available in the WhatsApp and Telegram in the middle and right.

As pointed out by Jasper in the comments (thanks!), it's much simpler than that. On Q Beta 3, screenshots are saved with the wrong timestamp (01-01-1970, 12:59 AM). Since WhatsApp and Telegram sort pictures by date taken, the newest screenshots show up at the very end of your screenshots folder. Files, Google Photos, and other apps sort by last modified, making screenshots show up in the right order there.

We're also getting reports of broken screenshot thumbnails for some users when they want to share them on Facebook Messenger or Twitter. The thumbnails restore themselves after a while though, so it's not as severe as images not showing up at all.

At the moment, the easiest workaround is to just share screenshots right from your camera app or Google Photos gallery. Q Beta 2 has already introduced some problems to the system's handling of images, as it wasn't possible for some of our staff to save picture edits in Google Photos.

Meanwhile, some users have reported that screenshot saving has completely broken with the update to Android Q Beta 3, but a factory reset fixed that for them (which isn't the most elegant solution, but hey, it's a beta after all). Hopefully, all issues will be resolved with the next beta update.

[Update: Podcasts on web official] You can listen to Google Podcasts on the web with a simple ...