Although most of the excitement of Google I/O has passed since the first day, the developer conference is still ongoing and smaller announcements are trickling one by one. Many of these are geared toward developers, but will impact end-users at some point, as is the case with these new tools for devs who offer subscriptions on the Play Store.

Currently, users can start subscriptions inside apps or games then cancel them without much fanfare. There are few incentives that developers can offer to gain new subscribers and almost none to keep them... well, beside making a compelling enough experience that'd incentivize users to pay on a recurrent basis. But that's beside the point here.

Google is working on a few tools that would help devs better manage their subscriptions. It has already added new insights to the Play Console, and is now testing four new features. One of them was briefly mentioned at I/O (YouTube video queued to the proper time), but it turns out there are more.

To hook users, developers can offer them an option to subscribe and install the app/game in one go from the Play Store listing, meaning there's no need for them to later subscribe from inside the app — it's all done in one go. Devs can also provide users with promo codes for subscriptions, to let them try things for free for a while and see if they like the feature enough to keep paying for it. 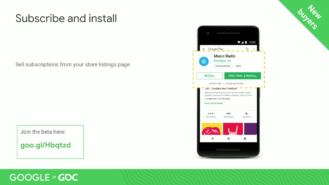 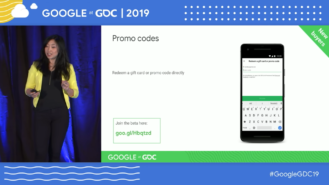 Devs will also have two new tools to keep existing subscribers who are about to cancel their commitment. One is to offer them a temporary pause in order to avoid them canceling it outright if they won't be using it for a period of time; and the second is to give them a winback discount and see if that helps keep them hooked. 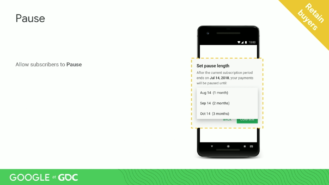 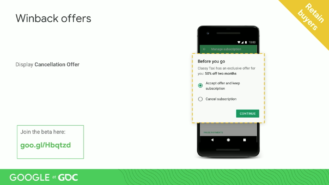 All four of these features were mentioned at GDC in March (you can see them in the video below, queued to the proper time), but they're not yet available to all devs. Pause will go live in a few months, whereas Subscribe and install, Promo codes, and Winback offers are in early closed beta. Interested developers can sign up here.

If you're reading this and you're just a regular user, the important thing is to keep your eyes open for these Free trial & Install buttons on the Play Store, as well as check what a Promo code you receive is exactly for. No one wants to find themselves subscribed to something and paying a recurrent fee without intending to. And if you already subscribe to some apps or games, you may find that canceling that will take more and more steps, from saying no to pausing, no the winback offer, and then answering a potential cancelation survey.