Anker knows a thing or two about charging technology, as evidenced by the high praise we gave the PowerPort PD1 in our recent review. The company's latest product is the first to launch with Power IQ 3.0 tech, combining support for USB Power Delivery and Qualcomm's Quick Charge 3.0.

The PowerPort+ Atom III has two ports, one USB-C and one USB-A, so it's more than capable of charging both your laptop and phone at the same time. The total output tops out at 60W, matching official Apple Macbook chargers but with a 15% smaller package. Like other Anker Atom chargers before it, the III uses highly-efficient GaN (gallium nitride) semiconductors. 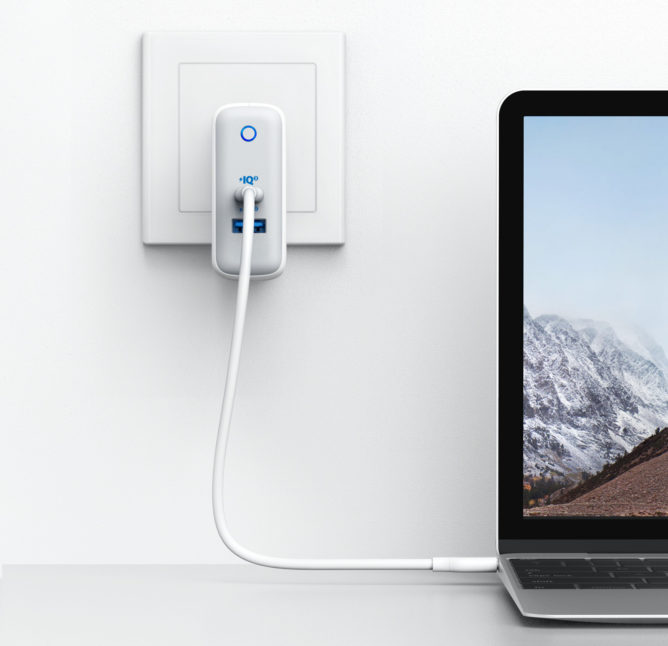 You'll be able to purchase the PowerPort+ Atom III from today in the US where you can get it from Amazon for $42.99. It will launch in the UK at the end of the month for £44.99. It's the first of what will be many products in the Power IQ 3.0 range, so look out for more chargers coming soon. 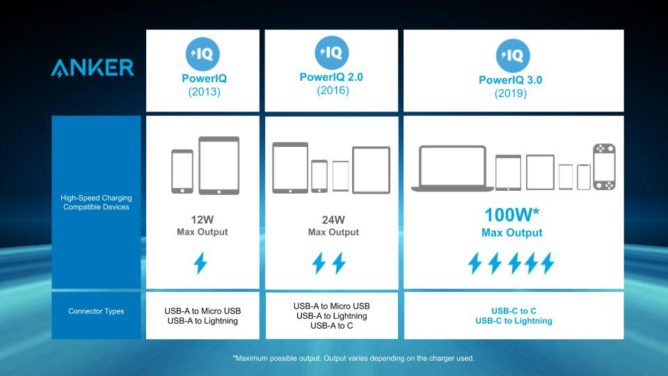 The Anker ​PowerPort+ Atom III ​(Two Ports) is the first wall charger powered by PowerIQ 3.0. It can output a total of 60W via its USB-A and USB-C ports. Like other entries in the Atom series, it uses highly-efficient GaN (gallium nitride) semiconductors instead of silicon. This allows for a significantly reduced size compared to traditional chargers​—​15% smaller than a MacBook 60W stock charger.

“The fast-charging capability of mobile devices is now faster than ever thanks to USB-C, but the industry continues to get fragmented due to manufacturers choosing different fast-charging protocols for their products, which creates confusion,” said Steven Yang, CEO of Anker Innovations. “With PowerIQ 3.0, we’ve created a new generation of chargers and batteries that can communicate with all of these protocols, allowing them to identify and fast-charge any device. For the first time, consumers only need to rely on one charger to charge all of their devices fast.”

The Anker ​PowerPort+ Atom III​ (Two Ports) ​will be available on Amazon US for $42.99 on the 8th of May and in the UK for £44.99 at the end of May​. More details on the entire lineup of PowerIQ 3.0 products will be announced in the coming weeks.

PowerIQ: Then and Now

When USB charging became popular earlier this decade, chargers and portable batteries featured one dedicated port for Android and one for Apple devices due to the different wattage needs. The first generation of PowerIQ in 2014 changed the industry by regulating and adapting the power output from a single USB-A port depending on the device it was charging.

With PowerIQ 2.0 in 2016, Anker amplified the versatility of its USB-A charging devices to accommodate the then-most popular fast-charging protocol: Qualcomm Quick Charge 3.0

With PowerIQ 3.0 Anker has now moved their charging solutions one step closer to the unified future that USB-C promised when it first launched. “No matter if their device is an iPhone, MacBook, or any Android smartphone, tablet, or computer, our customers will always be able to charge them as fast as possible with our new PowerIQ 3.0 chargers, saving time and making their lives more convenient,” said Yang.