To start, official specs for the pair of phones are just below: 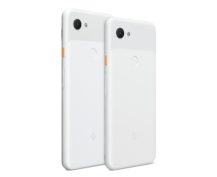 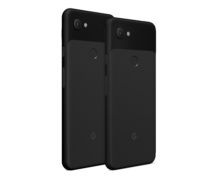 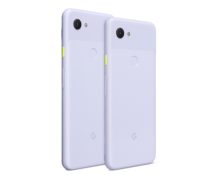 The Pixel 3a in Clearly White, Just Black, and Purple-ish.

Of course, for half the price, you can't expect to get a higher-end SoC, Google is still holding a few things back for the flagship price point. You don't get the Pixel Visual Core or a 1440p display, either. But you get the same camera down to the sensor and optics, the same quantity of RAM (kind of ouch?), a good chunk of storage, and there's even a headphone jack — an outright upgrade for many. All starting at $400.

The Pixel 3a may hit a mid-range price, but you won't get a mid-range software experience. Like all its Pixel devices, Google promises a three-year update schedule — which means we should see at least two major version upgrades given it mid-cycle release, and probably three. Paired with that, you can expect the same attention to security with frequent, monthly updates and early tastes of new releases. Mid-range Moto, Nokia, and Samsung devices don't get the same courtesy.

The previously beta AR preview of Google Maps will also be widely available on the Pixel 3a series.

Apart from hardware differences, there are two other noteworthy changes compared to the big boy Pixel 3: the 3a and 3a XL don't support on-the-fly text recognition in the camera app (it requires taking a picture, not a huge deal), and you don't get original quality backups via Google Photos. But you do get the rest of the fancy Pixel-exclusive features you'd expect like Call Screen and the Titan security chip.

In price, the new Pixel 3a and 3a XL seem poised to spiritually fill the long-dead Nexus niche, offering Google's software experience and features at an affordable price. You might not get the same flagship-level SoC the old series was known for, but prices have risen substantially since those days. (And the rose-colored glasses of nostalgia may help us forget that Nexus phones frequently lacked flagship features.)

Interested parties will be able to order the Pixel 3a starting today from the Google Store as well as other retail channels. For more information, keep an eye out for our review, which should be landing in 3... 2... 1...

[Update: Phone list, 3a and 3a XL too] 23 phones including Pixels are getting Android Q Beta 3

Pixel 3a: Everything new, different, or removed compared to the Pixel 3 and 3 XL