Admittedly, there are not many truly new features in the Pixel 3a and 3a XL. But there are a few. 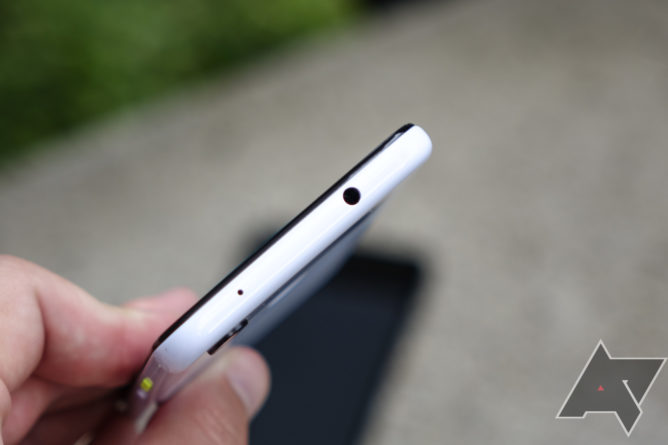 The Pixel 3a and 3a XL both have 3.5mm headphone jacks. Hooray! And while that's good news for these phones, I wouldn't connect the dots six months into the future here. I spoke to Google about the decision to add the jack, and it was strictly about market demographics: Google sees these phones as targeting buyers who are less likely to have joined the Bluetooth headphone revolution just yet, and so they felt it was important to include on a mid-tier handset. So, no: there will almost certainly not be a headphone jack on the Pixel 4. But a win's a win, and it's definitely something nobody ever wanted removed in the first place.

This feature will come to all Pixel devices in an upcoming OTA update, but it will debut on the Pixel 3a and 3a XL. Basically, timelapse lets you record a very long segment of footage at just a handful of frames per second, which will then be played back at 5x, 10x, 30x, or 120x the original speed at 30 FPS. At the 10x setting, for example, 5 minutes of recorded footage would play back in just 30 seconds. With a tripod, you could take super long videos at the 120x setting (30 minutes would become just 15 seconds) to create film-like timelapse scenes. It's a nifty feature, and I'm sure we'll see some really creative uses. 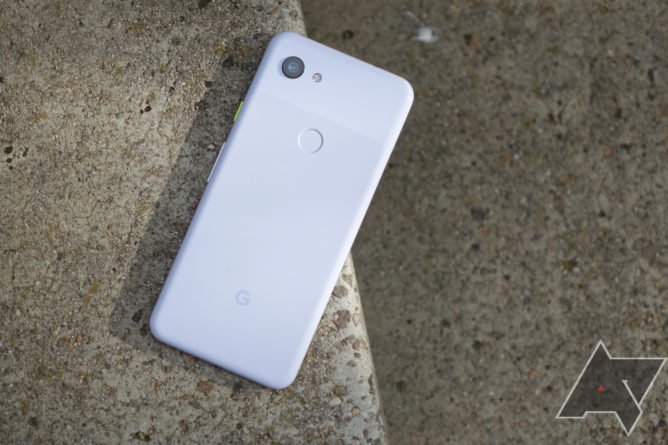 It's a stretch, I know, but the Pixel 3a comes in one all-new color exclusive to the new phones called Purple-ish. It's a very, very light purple, so light that unless you actually have something that's a more true white to compare it to, the Purple-ish 3a almost looks white itself. It does have a fun neon yellow power button, though.

This will be the longest section, as there are a lot of little and not-so-little changes to the Pixel 3a and 3a XL that allowed Google to achieve its desired price point for these phones. Some you'll hardly notice - some are bound to be a little more controversial.

Both Pixel 3a phones use a Snapdragon 670 CPU, which comes with a host of downgrades versus the far more powerful Snapdragon 845 in the Pixel 3 and 3 XL. Most notably, it has just half the number of high-performance CPU cores (two). The Adreno 615 GPU is also a lot less powerful, making it pretty unsuitable for anything resembling intensive gaming (Fortnite runs on 'low' settings at a max of 20FPS). I've personally noticed that touch latency and scrolling simple aren't as smooth on the 3a, and that's kind of a bummer, given it's one of those hard-to-describe-but-hard-to-give-up Pixel features I've really enjoyed on the phones. 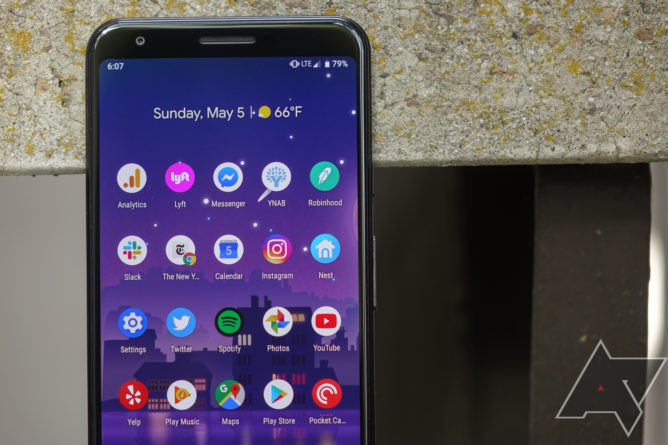 The Pixel 3a utilizes a "rigid" OLED at FHD+ resolution, compared to the flexible (plastic) UHD OLEDs on the Pixel 3 and 3 XL. The rigid part really just relates to the amount of bezel as far as consumers are concerned - the Pixel 3a and 3a XL definitely have a bit more chin. The reduced resolution shouldn't really be noticeably in practice. The quality of the panels themselves seems good, but they're definitely dimmer than the OLEDs you'll find on modern high-end devices like the Galaxy S10.

Additionally, both Pixel 3a models use Dragontrail Glass instead of Corning's Gorilla Glass for scratch and drop protection. Dragontrail is cheaper, but it's hard to know exactly how it stacks up to the newest iteration of GG. 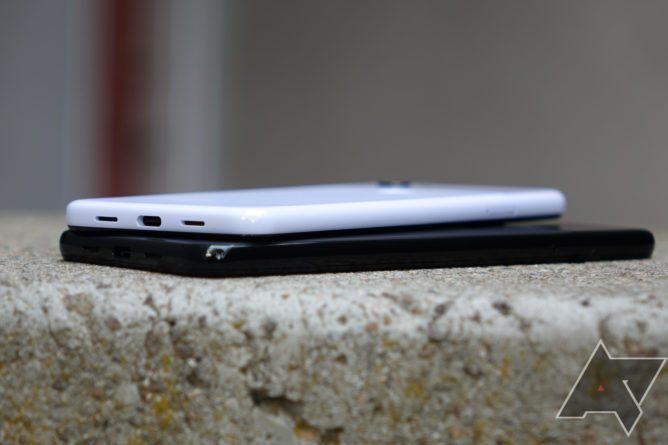 The Pixel 3as are made predominantly of plastic, though a lot of people may actually find this to be a benefit. For one, there's no fragile rear glass panel to shatter - a common complaint with many modern premium smartphones. The plastic has also made them substantially lighter, which could make them more resistant to impacts. The one thing that might not, though, is the lack of an extensive aluminum frame, which is generally understood to help absorb blunt impact force better than plastic. Still, the plastic itself is nice - it has a smooth matte texture across the back of the phone, and the Pixel 3a is pretty hard to visually or texturally distinguish from the Pixel 3 as a result. 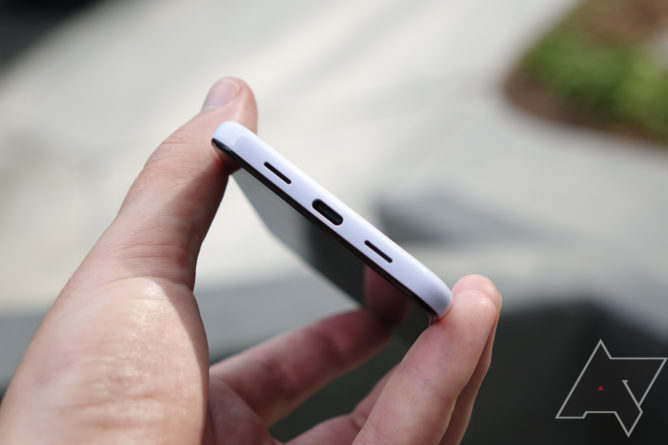 Storage - only one option

The Pixel 3a and 3a XL are only in available in a single storage configuration - 64GB. Both have 4GB of RAM, as well.

The section comes with probably the most bittersweet news you'll read about this phones, but it's actually not terrible. Google cut somethings from the Pixel 3a and 3a XL, but I wouldn't say any of them are hugely detrimental to the overall Pixel experience. They're just kind of a bummer. 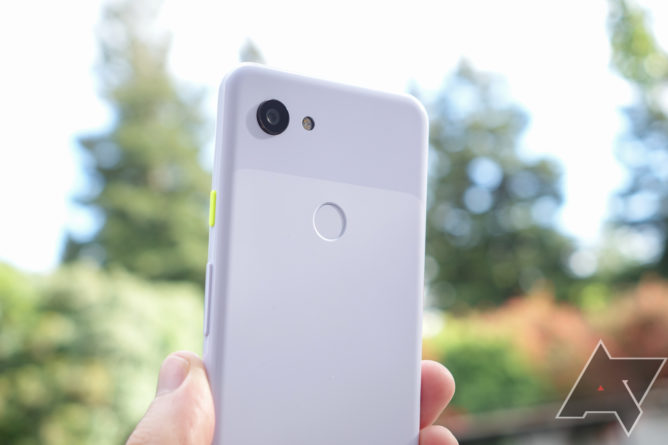 Google decided to port over its famous suite of camera features and image processing to work directly on Qualcomm's Spectra ISP on the Pixel 3a instead of using a dedicated, custom chip. This could result in reduced performance for some of these features, but Google says the quality of images captures from the Pixel 3a should be identical to that of the Pixel 3.

Yep, Google's new phones don't work with their very own (and very expensive) Pixel Stand, which is certainly not something I was expecting to hear. As feature cuts go, this one isn't the end of the world, but I did find it kind of surprising.

Not all the cost cuts were physical in nature: Google will only allow the Pixel 3as unlimited Google Photos uploads in high quality, not original. This isn't a huge deal, but it is clear Google is doing this at least in part to make sure the premium phones get some exclusive bits and pieces of the Google experience.

This one isn't shocking - Google has foregone formal water and dust resistance ratings for the Pixel 3a and 3a XL. They definitely don't recommend dropping them in the toilet, either, so I would not count on the 3a to survive any significant time submerged. It's exceptionally rare for phones in this price bracket to have significant water resistance, so this isn't really going to make the 3a less competitive.

In what was probably one of the easiest decisions Google made to save money on the Pixel 3, there are no Pixel USB-C earbuds in the box. You can buy your own, of course.

While I think this list is fairly thorough - if you've spotted another significant change or addition, feel free to let us know in the comments and we'll consider including it in the post. 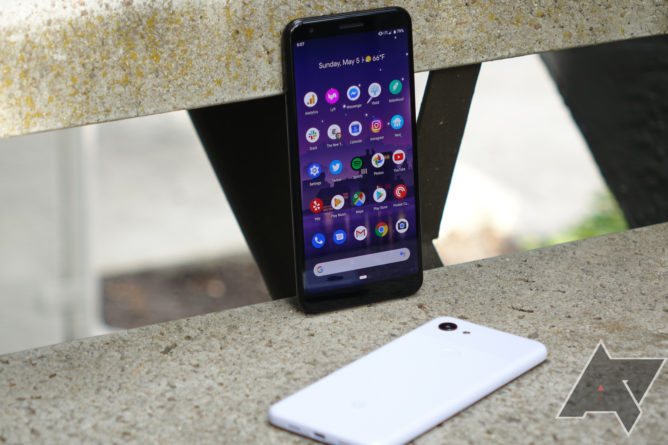