The latest OxygenOS Open Betas for the OnePlus 6 and OnePlus 6T bring a new storage-cleaning feature to Indian users. But some of them are concerned about the updated File Manager app as Chinese internet giant Tencent is now involved with it. The app uses an odd permissions scheme and there are concerns about how these changes will affect user data and OnePlus's commitment against bloatware. 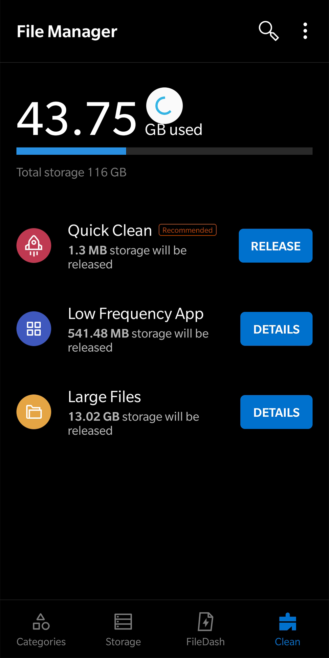 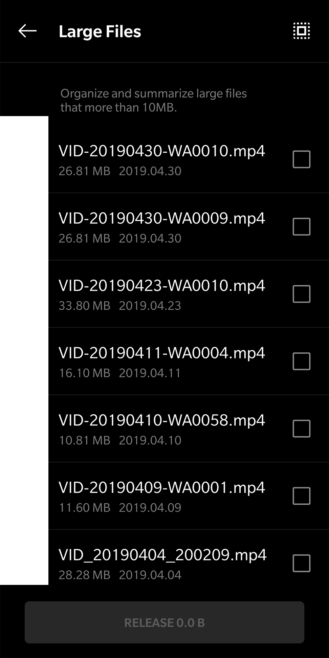 The new feature appears in the existing File Manager app on Indian OnePlus 6 units with Open Beta 17 and OnePlus 6T devices with Open Beta 9. At first blush, it's a fairly simple cleaner tool, sorting files for deletion based on usage, size, and other factors. But a look into the fine print brings up bigger questions. 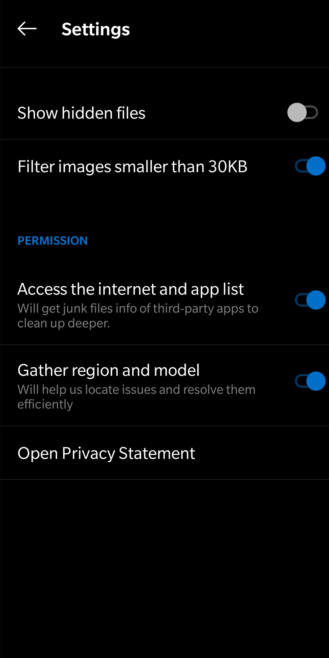 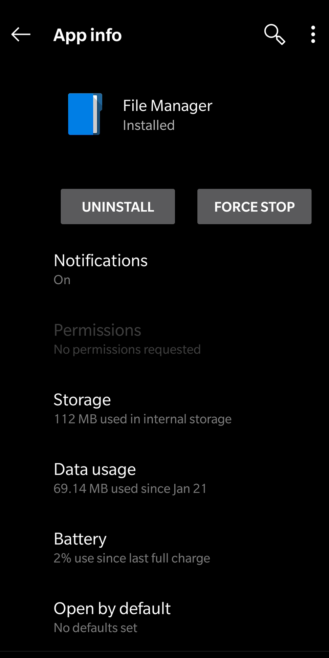 OnePlus forums user Lavin Amarnani has highlighted the app's updated privacy statement which indicates that in order to do that sorting, the user must give permission for the device to send data to Tencent servers in Singapore. Most of the points are typically collected for diagnostic purposes such as the Android version, language, region, and hardware model. But the app also collects information about application caching and usage — items more sensitive in nature. What's more, the app does not use Android's native system permission prompts, instead having its own proprietary toggles. The situation has given skeptics the feeling that something's off — some say that the feature taints what's otherwise a decent file manager app and goes against OnePlus's anti-bloatware ethos.

The good news is that the app is completely uninstallable and both OnePlus and Tencent are subject to privacy laws in users' local jurisdictions. But it is Tencent's involvement that solely concerns some people — the company that owns WeChat and other social and e-commerce platforms heavily censors its properties within China to comply with the government. While servers for the OnePlus app are hosted outside of China, the optics surrounding the company have contributed to its poor reputation for privacy hawks.

We have asked OnePlus if this new feature will make its way to other regions and devices as well as for additional comment and will let you know if the company responds.

The company finally posted a response on Amarnani's forum thread saying that the new feature in the File Manager is targeted specifically towards India, where OnePlus has received high demand for some sort of file cleaning measure.

The statement goes on to say that the feature complies with the European Union's GDPR and that only "basic device information, like device region, device model or language, is collected." While the app does ask for permission to send local app listing information to network servers, the cleaning feature can still be run without that permission "if users do not want to use the application's intelligent cleanup algorithm."

The OnePlus File Manager cleaning functionality is currently present in the early Open Beta stage and we are still testing it to evaluate if this feature improves overall User experience. As is happens with most of the features we introduce to OOS, this feature has been introduced due to popular demand from our users.

No confidential or personally identifiable information is being shared with any third party organizations and like all our features, this too is GDPR compliant. Only basic device information, like device region, device model or language, is collected.

This feature is India specific as most of the user demand for it has come from there, and this will be part of making Oxygen OS more localized, to better suit the needs and demands from our Indian users.

The app asks for network permissions to check the app library list on the server to intelligently clean junk files. Still, the cleaner functionality works even offline if users do not want to use the application's intelligent cleanup algorithm.

We are constantly monitoring the feedback from our community and users and the feedback about this feature will be no exception. As always, let us know if you have any other questions.

Do try out the new Feedback tool and if you have any questions or need help, please contact [email protected]. For more information on submitting bugs or suggestions please refer to How to report a bug and feel free to share your product suggestions via the Community app.

Nest Hub Max lands at the FCC, likely to be announced today