Google has brought privacy controls to the fore with the introduction of revised interfaces in several of its apps and new features such as the ability for users to auto-delete their location and web activity history. We've got another batch of these changes at I/O 2019, including an easy way to access their Google account settings as well as Incognito Mode browsing.

The most apparent change will be the appearance of the user's avatar in the top-right corner of certain apps. Tapping on that picture will open a menu in which users can choose to manage the Google accounts on the device as well as change their account settings, making it easier to control how much data the company gets to keep.

The new tap menu will be made available on Gmail, Drive, Contacts, and Google Pay from today. Later this month, you'll find it on search, Maps, YouTube, Chrome, Google Assistant, and Google News.

We've already covered the introduction of Incognito mode to Google Maps and YouTube, which prevents the company from logging the locations and videos that users look for, but it should also be noted that the mode will be coming to search as well. Incognito Mode can be accessed through the one-tap menu.

The company is also highlighting its new machine learning profile called federated learning, where it is able to extract data from users without knowing who or where it came from. It's already been in use on Gboard to suggest user-generated words after thousands of instances to other users.

The latest Google app changelog includes a mention of the one-tap menu. We didn't figure "later this month" would mean "tomorrow," but it's a promise kept and it has already begun rolling out to users in the Discover feed and Google app. Thanks, Gurkanwal Singh! 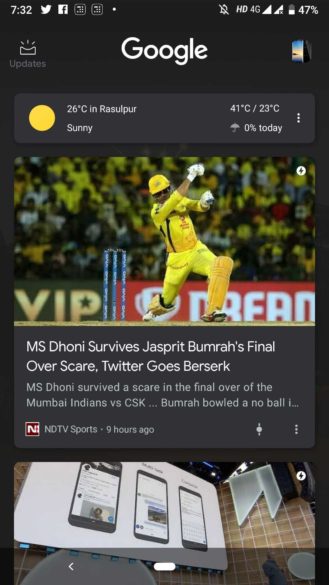 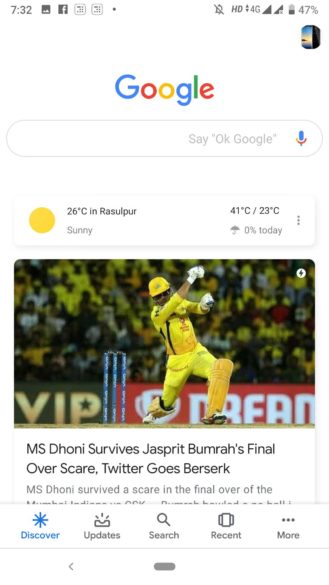 Vulkan 1.1 will be required on all 64-bit devices running Android Q or higher