Google has announced that its search engine will now display 3D models directly in its mobile listings, meaning that users can explore the anatomy of sharks or examine the muscles of the elbow with just a few taps. The new feature integrates the device's camera into the search engine.

Users will be able to bring those models into view through a module within the Knowledge Panel for applicable subjects in search. They will be able to rotate and view the model in virtual space or, if they have a capable device, see it in action through augmented reality — ARCore was not explicitly mentioned, but most modern Android devices should be able to bring on the models. 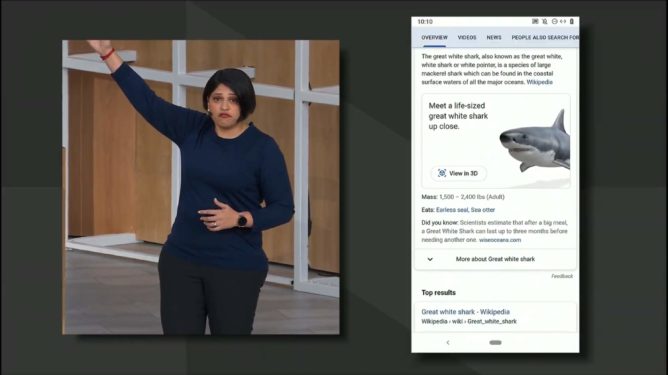 It's not exactly clear where the 3D models are sourced from, but they will be available to view later this month. This feature was announced during Google I/O 2019 as one of many to come.