Google got in bed with Verizon to launch the Pixel lineup in 2016, and Big Red has been Google's exclusive carrier partner ever since. However, a new report claims that T-Mobile is about to get its chance to sell Google's latest Android phones. That suggests T-Mobile could have more Pixel phones in the future.

According to 9to5Google, a source claims T-Mobile will soon sell the Pixel 3 and 3 XL. This would mark the end of Verizon's exclusive carrier deal. Of course, the unlocked Pixel phones have always worked just fine on T-Mobile, but Verizon was the only carrier selling the phone directly. It's unclear if the phones will be unlocked, but I wouldn't count on it.

T-Mobile is allegedly already testing the upcoming Pixel 3a for network compatibility, which doesn't tell us anything about direct sales by the carrier. That phone could still launch as a Verizon exclusive, but the unlocked version will no doubt work on T-Mobile. We have nothing concrete on the Pixel 4 — T-Mobile could offer the phone immediately or perhaps it will be another (allegedly) delayed release like the Pixel 3.

A source has reached out to share information that supports this report. According to our source, T-Mobile will offer the Pixel 3, 3 XL, 3a, and 3a XL. We don't have an exact date, but T-Mobile employees described the timeline as very short within the last few days.

A source reports that T-Mobile stores have started getting stock of the Pixel 3a and 3a XL. The shipping notification below lists both "Sargo" and "Bonito," which we know as the 3a XL and 3a. The store expects to have the devices by tomorrow (which is when we expect Google to announce the phones). Sales should start at T-Mobile within a day or two. 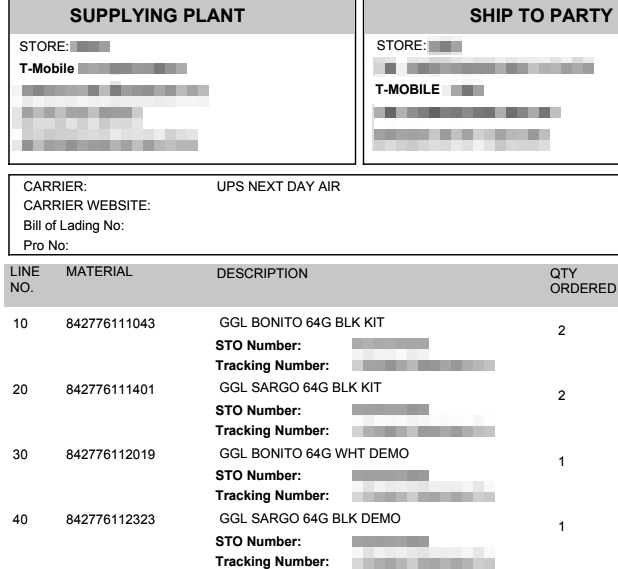 Android Auto is getting a ground-up redesign this summer