Leaks all over the internet have shown us the OnePlus 7 and 7 Pro in all their glory long before the company's May 14 reveal event. After we've seen pretty much all of the 7 Pro's specs, we now have picture proof of the whole phone in two color variants, further confirming the design and the notchless display.

The newly leaked renders are supposed to be OnePlus’ official marketing material and come courtesy of Ishan Agarwal. We can see the device in its full glory, from the front, the side, and the back, confirming some of the details we've heard of before: There is no notch, barely any bezels, and the front camera appears to be hidden via a motorized mechanism. On the back, the device sports a three camera array. The 7 Pro will come in at least two colors, with one being an ordinary dark grey called "Mirror Grey" and the more interesting color being "Nebula Blue." A previous leak suggested a third color called "Almond," but we don't have picture proof of this one (yet).

Now, we just have to wait less than two weeks until we can see the phone officially unveiled. I wonder how much more information will be leaked before then.

Roland Quandt has shared more pictures of the OnePlus 7 Pro, including the elusive Almond color that we hadn't seen before. In the renders, it looks like a slightly darker shade of gold. 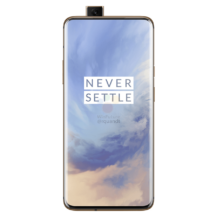 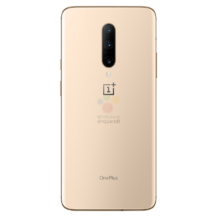 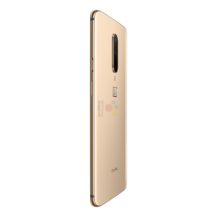 Waterproof Kindle Paperwhite is back at $90 ($40 off), get yours while the sale lasts