Chrome 74 was released only a few days ago, which means v75 has moved up to the Beta Channel. This release doesn't have any drastic changes, but it does continue to improve the dark theme, and there are some fancy new APIs that web apps can use.

Chrome 75 includes a few changes to the dark theme that first arrived in Chrome 74, though you still have to activate the #enable-android-night-mode flag to try it out. The settings menu for it has been changed from 'Dark mode' to 'Themes,' and you can now force light mode to be on at all times (even when the system itself is in dark mode). 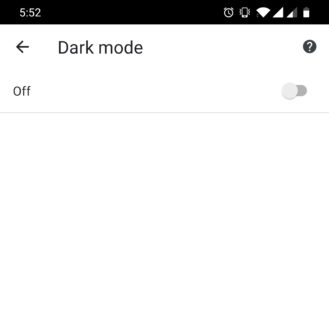 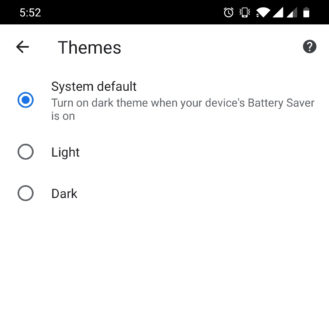 Furthermore, the main complaint about Chrome's dark mode has been addressed — the text on tab titles is finally white, to be readable on the gray background.

It's not yet clear when dark mode will no longer require a flag, but Android Q is still a few months away from a final release.

The Web Share API was initially rolled out in Chrome 61, and allowed web pages to share text and URLs to native Android apps for the first time. However, web pages still can't share file data (like images) using this functionality. Chrome 75 includes support for 'Level 2' of the Web Share API, which solves that problem.

In a similar process to the existing Web Share API, apps can define a file (or list of files) to share. When a button in the app is clicked/tapped, the Android share dialog appears, just as it would for native applications. For example, an image gallery web app could add a button to share an image file to another app.

The only catch is that while web apps can now send files, they still cannot receive them from other web/native apps. That will come as part of the Level 2 Web Share Target API, which is currently scheduled to arrive in Chrome 76.

As always, Chrome 75 includes changes for both users and developers. Here are some smaller features bundled with this update:

18 new and notable Android games from the last week including Grimvalor, Tesla vs Lovecraft, ...