Google's Pixel series of phones have been Verizon exclusives since they launched all the way back in 2016. For years, customers of other US carriers have had to purchase the phones directly unlocked from Google, and that lack of widespread retail presence has likely had a negative impact. However, today we've spotted indications that Sprint will join T-Mobile in selling Google's Pixels. 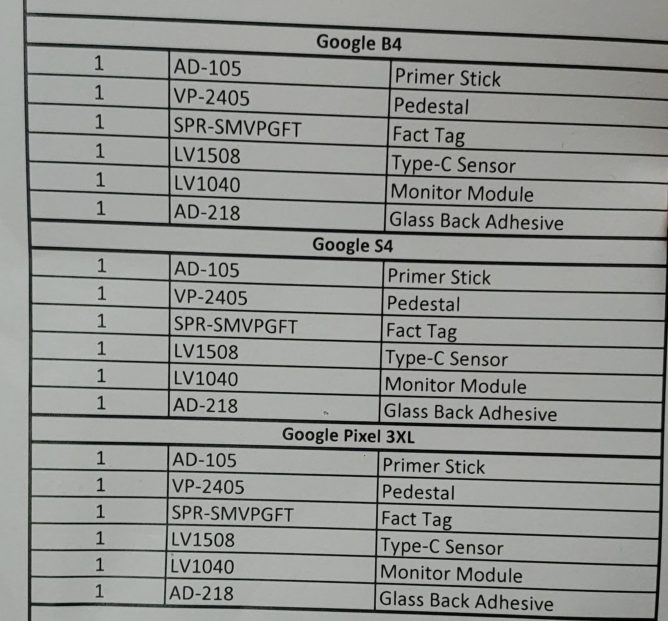 This image, provided to us by an anonymous tipster, describes the contents of an upcoming Google Pixel retail display fixture at a corporate Sprint store. This indicates that, at a minimum, the Pixel 3 XL will be on display in a Sprint store somewhere.

That means Sprint will be selling the phone — otherwise, why display it? Sales will presumably also include the smaller Pixel 3, as well.

Given the timing, a formal announcement could be coming at Google's I/O developer conference, which is just next week. Sprint is also probably getting the upcoming Pixel 3a and 3a XL. Google B4 and S4 are likely the 3a and 3a XL — get it? Bonito and Sargo: B and S — but we can't be 100% sure. For the record, T-Mobile will be getting those phones.

When it comes to the big US carriers, that just leaves AT&T out in the rain.

The OnePlus 7 won't have an IP rating, and OnePlus made a terrible video about it

Top up your Google Play balance with cash at convenience stores, starting in Mexico