When Google introduced Top Shot to the Pixel 3 and 3 XL, it was viewed as a lifesaver for blurry shots, jittery shots, friends who've had too many shots (you know who they are), or just bad happenstance. Owners of other Pixel phones were a little jealous and wondered if the feature would ever make it back to their model. Well, the official answer is "no," but if Pixel 2 and 2 XL owners happen to receive a Motion Photo taken on a Pixel 3, they should be able to see and save those Top Shots.

This story was in the works for a few weeks, stemming from a Reddit post from someone who claimed that they had Top Shot recommendations on a photo taken on their Pixel 2 XL. 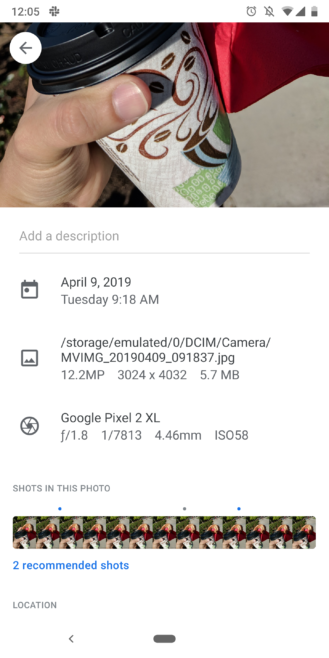 Other Redditors have posted their own views of what they think is Top Shot on photos taken from their Pixel 2 XL in recent days, though they actually didn't capture any blue recommendation dots. When we approached Google about the feature perhaps coming to the Pixel 2 series, a representative told us flat out that the company is "not rolling out Top Shot to Pixel 2."

We dug in to find out what might have possibly triggered this fluke. One option that was suggested was that a Pixel 3 shot might have been shared with a Pixel 2, thus producing the Top Shot recommendations. 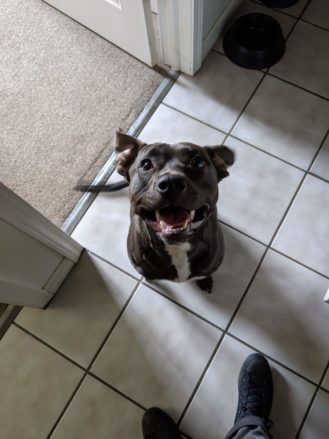 Let's take this beautiful Pixel 3 shot of Taylor Kerns's dog as an example. What you see above is the original 12.1MP still. Below, you'll see a GIF reproduction of the full Motion Photo sequence as viewed on my Pixel 2.

When you swipe up on the photo, you get to see the full sequence timeline along with dots indicating which frame the original shot was made from and other frames that the device's machine learning would recommend as alternatives. Tapping on the timeline brings you into a scroll-able fullscreen view. While all of this was only previously visible to Pixel 3 and 3 XL owners, my Pixel 2 was able to receive this photo and all its data and take a peek at the Top Shot dots for myself. 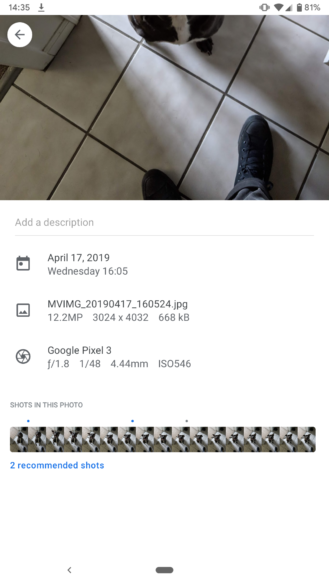 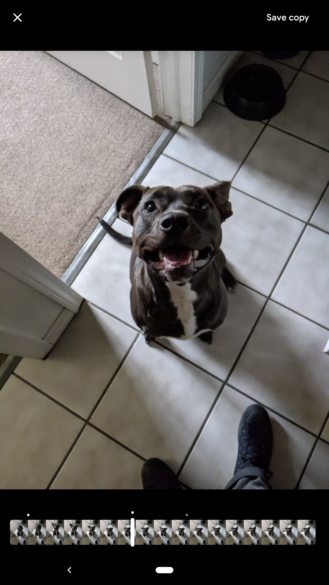 The data doesn't just include the sequence and the dots: users are able to save copies of any frame they choose. The catch is that almost every other frame is saved at 0.8MP except for the Top Shots which can be saved at a higher 3.1MP resolution. These parameters carried over when the photo was shared to and manipulated with my Pixel 2. 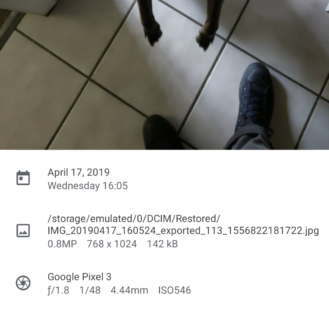 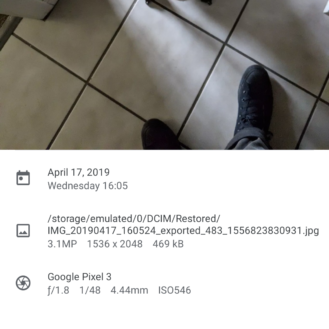 This, however, does not explain how that one Pixel 2 XL was able to get Top Shot recommendations. But we're leaning hard towards some situation like this involving users viewing Pixel 3-captured photos on an older phone. While we'd like to believe that Google might someday actually port Top Shot to its earlier hardware, for now these edge-case scenarios seem like they're as close as we're going to get. We'll keep working on this story and have updates when warranted.

Smartwatch shipments are up 48%, but Fossil is falling behind