The worldwide smartphone market hasn't just slowed, it's been in decline for the last year or so. Whatever you attribute that to — rising prices, longer-lasting devices, fewer necessary improvements — many major OEMs including Samsung and Apple have seen sales weaken. In comparison, though, Huawei continues to see explosive growth, especially in China. 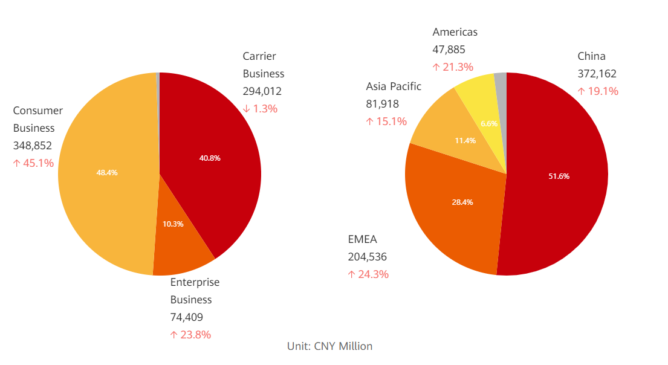 Yesterday Huawei published its annual financial report for 2018, revealing just over 107 billion dollars in revenue for the year, with around 8.8 billion of that being profit. Those numbers are up 19.5% and 25.1% year-over-year, respectively. You'd assume, given Huawei's dominance in networking, that most of that money would come via that route, but over 45% is courtesy of its consumer business.

For a bit of comparison, that's around half as much as all of Samsung's many divisions and just a few billion behind Microsoft. Even Google only saw $136.8 billion in revenue last year, and its growth may be slowing. 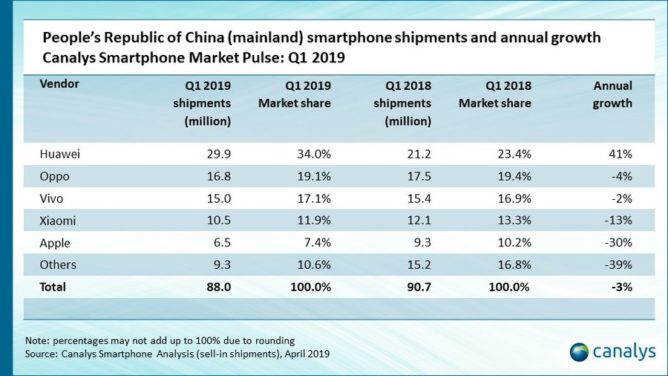 One of the most significant driving forces behind Huawei's gains is the Chinese market, where it has continued to expand to a record 34% of all shipments, even amid a recent decline. Just over one in three phones purchased in China last year was made by Huawei. That's up from 23.4% last year, and it's the only major phone OEM to see domestic growth in China.

Huawei may have been pushed out of the US market with subsequent allegations regarding fraud, theft, and espionage, but that doesn't seem to be stopping it. Not only has it weathered the storm of 2018 and its declining smartphone sales, but the company is enjoying substantial growth. Even Apple is having a rough time — not just in China, but generally. In the face of Huawei's prosperity, all the major smartphone players should be pretty concerned.