Whether you're momentarily traveling to or have recently moved to a new country or city, you'll probably look at Google Maps or other travel and discovery apps to find places to visit nearby. The same can be true if you're just planning a trip, or if you've been living somewhere for a while but still want to discover new locations around you. Maps' Explore tab serves that purpose well, and has received a small update now to improve discovery of not just places, but also nearby areas or districts.

When you expand the Explore tab, you'll see a little grey arrow next to the current area's name. In the example below, it's right next to Explore City of London. Tapping it opens the list of popular nearby neighborhoods, including a short description of what they're most known for. For example, Soho, South Bank, Covent Garden, and others pop up in London. 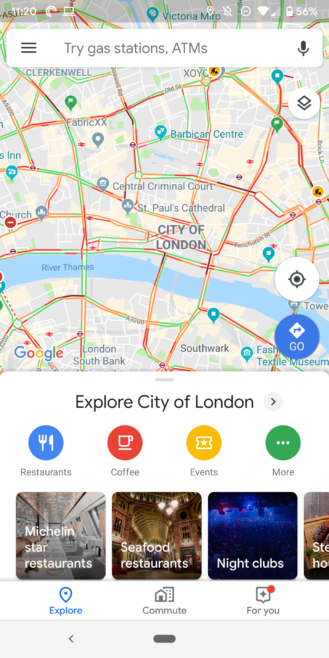 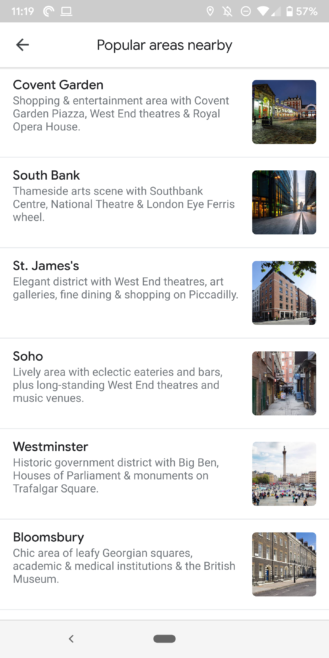 Around Manhattan, you get Chinatown, Tribeca, the Financial District, Little Italy, and more. In smaller cities, the neighborhoods may be less numerous, but you still get a few good recommendations. 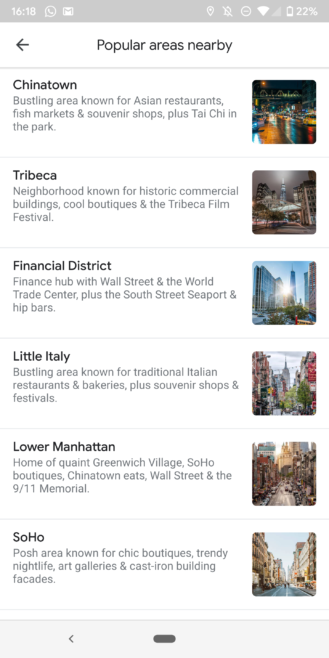 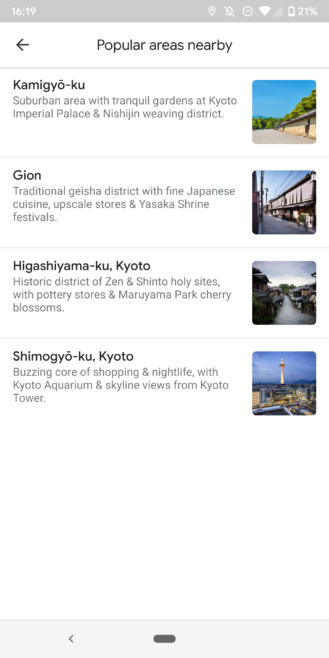 Even though this is a small improvement, I find it nice and very useful. In familiar locations, it would help me find restaurants and attractions that aren't super close but that I could easily get to. And while traveling, it could be a great tool to recognize what each neighborhood is known for, and venture more frequently outside the area my hotel is in.

Unlike the added row of icons in Explore, this seems to be a wide rollout as we can see the little arrow on many versions of Maps, from stable to beta, and on all devices we checked.