At the start of this year, Google announced it was working on Assistant devices for your car. The idea is to bring the same convenience of an always-listening smart speaker into your vehicle of choice, without requiring an expensive Android Auto head unit. The first product in this category is the Anker Roav Bolt, a small device that plugs into a car charging port.

I was very excited to try out the Roav Bolt, after years of dealing with annoying adapters and Bluetooth receivers in my Android Auto-less car. I've always had issues with my phone hearing voice commands while I'm driving, even when using a vent mount. An Assistant device with the same microphone array as a Google Home sounded amazing.

The Roav Bolt has a lot of potential, but it's fairly buggy in its current state, and it's not a good option for everyone.

The Roav Bolt is a small black device that connects to a charging port in your car. The front has a single button, bearing the Google Assistant logo, and four indicator lights much like those found on a Google Home Mini. On the side is a 3.5mm jack, used for relaying audio to your car's stereo system. If your car doesn't have an AUX port, you can also use Bluetooth, but it's recommended to go with a wired connection where possible.

The top of the unit has two USB Type-A ports, so you can still charge your phone even if the Roav occupies the only power connector in your car. The ports can send a maximum of 5V/2.4A each, which is more or less the regular USB charging speed. Sadly, there's no Qualcomm QuickCharge support, or a Type-C connector for USB Power Delivery. 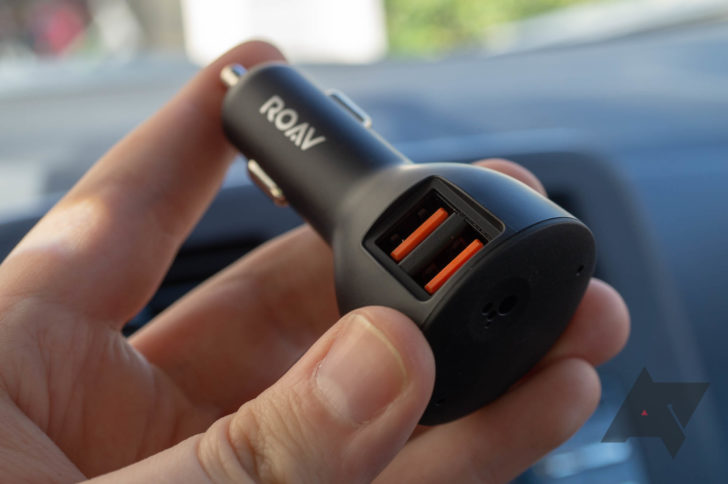 The tiny Assistant button on the front has multiple functions. Pressing it once will read out notifications from your phone, or if the device is already talking, pressing the button will stop Assistant. Double-pressing it will mute/unmute the microphone, and holding it down will activate Assistant manually. Finally, holding it down for ~12 seconds will reset the device.

The single button is my largest complaint with the Bolt's design. I would have loved to have media controls, so I could a press button to pause my podcast instead of saying "Okay Google, pause." None of the available combinations of clicks/double-clicks are related to media playback.

Moving onto the hardware, the Roav Bolt uses a microphone array to hear voice commands. This was the main reason I was excited for the Bolt, as I often have to yell "OKAY GOOGLE" for my phone to hear me over any wind or music playing. I'm happy to report that it can indeed hear me better than my phone, though it still struggles with loud music or gusts of wind.

The setup process for the Roav Bolt is extremely simple. Plug it in, select it from the list of discoverable Bluetooth devices, and the Google app will automatically open and guide you through the rest. Once you're done, a settings panel appears in the Google app for changing some of the sounds the Bolt makes, among other minor options.

On top of all the Google Assistant functionality, the Roav Bolt also works exactly like a Bluetooth-to-AUX adapter for your car. Any media playing on your phone will be automatically piped through your car's speakers. Audio quality seems better than the $15 Bluetooth adapter I was using previously, and phone calls work well.

The Roav Bolt functions flawlessly when my phone's screen is on — responses to voice commands are quick, streaming music works perfectly, and so on. However, once I turn the screen off (or if I leave my phone in my pocket when I get into the car), the Bolt starts to have issues. Responses to voice commands can take a few seconds longer, or I get "Sorry, something went wrong" immediately after saying something. If I say "play the news" when my phone is off, news briefings often stop a minute or two later.

Once I turn the phone's screen off, the Bolt starts to have issues.

I suspect this has something to do with Doze on Android — perhaps the Roav's data stream is being cut off in an effort to reduce battery usage. I tested the Bolt with a first-generation Google Pixel and a OnePlus 6T, and both phones had this issue. Again, everything works perfectly when the screen is on.

The Anker representative who sent me the review unit told me that neither Google nor Anker could duplicate the screen-off bug, so it's entirely possible this could be a rare occurrence. Regardless, this is my experience with the Roav Bolt, even after multiple factory resets. I'll keep the Bolt in my car for the foreseeable future, so if anything changes, I'll update this review.

Another issue I realized during testing is that you can't pair the Roav Bolt to multiple devices at once. If you switch phones, or if someone else wants to drive and use it with their phone, you have to reset the whole unit. I wouldn't recommend the Bolt for shared cars.

It's important to mention that as buggy as I found the current Android support, it's the iOS compatibility that is marked as 'Beta'. The setup process on my iPhone SE was fairly similar — connect to the Roav from the Bluetooth settings, open the Google Assistant app (available from the App Store), and read the on-screen instructions. 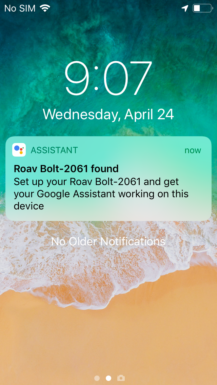 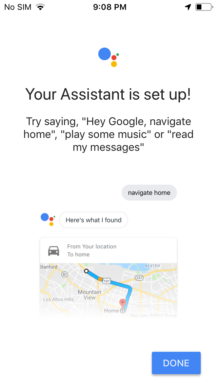 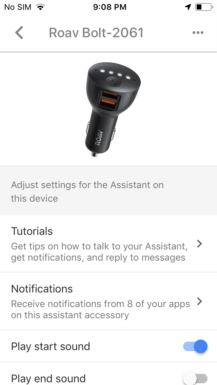 The Roav Bolt works a bit differently on iOS, presumably due to limitations enforced by Apple. For the device to listen to voice commands, the Assistant app has to be running on your phone, even if it's in the background. The Bolt will display orange lights when the app isn't running, as a helpful reminder.

As long as the app was in the background, the device worked nearly perfectly — even when the iPhone was turned off in my pocket. The only difference in functionality I noticed was that Assistant couldn't start streaming music, at least from Spotify. Thankfully, the Bolt still works as a Bluetooth adapter, so selecting music from any app on your phone works just as well.

Maybe. If you don't share your car with someone else, and you usually leave your phone in a mount with the screen on, the Roav Bolt is an upgrade over Bluetooth-to-AUX adapters. Unfortunately, one of the main selling points of the Bolt — its advertised ability to give you the power of Google Assistant without touching your phone — isn't quite here yet. Even though it still works perfectly as a Bluetooth-to-AUX adapter, it lacks the dedicated media controls that most other adapters have. 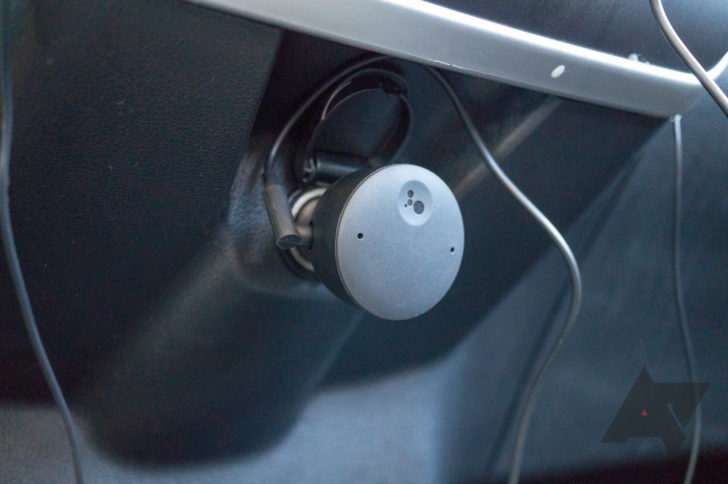 I hope Google and Anker can work out the bugs over the coming weeks and months, because the Roav Bolt has the potential to be an amazing car accessory. For now, it's hard for me to recommend it to everyone.