One of the more tricky parts to integrating Android apps with Chrome OS has been networking. It took a while for VPNs running on Chrome OS to apply to Android apps, and even longer for the opposite to work. Thankfully, VPN support for applications running in a Linux container has now arrived.

Chrome OS 76 (currently in the Dev/Canary branch) finally allows Linux applications to operate under whatever VPN is currently being used — whether it be from an Android app or a Chrome extension. As you can see in the below screenshot, the Gnome Web browser on Linux is running through the Canada VPN server established by the ProtonVPN Android app. 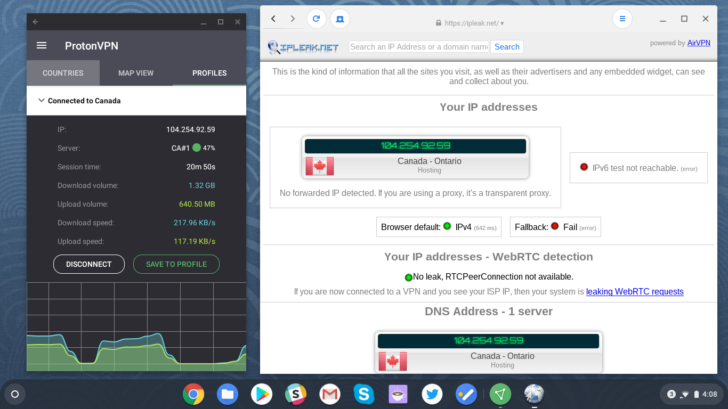 I can't imagine the programming wizardry required to make this all work, but it's nice that Linux applications on Chrome OS are one step closer to being fully-functional. Now we just have to wait for finished sound and graphics acceleration.

This bizarre, low-budget ad Xiaomi tweeted is so terrible the company took it down