Facial grouping in Google Photos is one of the most impressive features of the service. Not only can you see all pics and videos you've taken of a person or pet, you can also use that in search to find specific snaps like "me in Vienna" or "[person] and [other person/cat/dog]" or "[person] and food" for example. But Google's algorithms aren't infallible and there are instances when you have to remove certain pics for wrong identification, or merge what it thinks are two different faces. Photos is aware of that and has been asking users on the web to help it improve its facial recognition. A similar feature has been showing up on Android over the past month or so.

Open Google Photos' People & Pets section (in the Albums tab) and you may see a pop-up at the top asking you to improve some results. You could also run across a thin bottom bar across some people's pages with the same question. 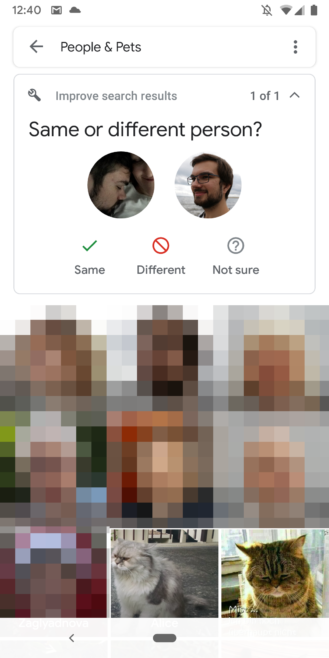 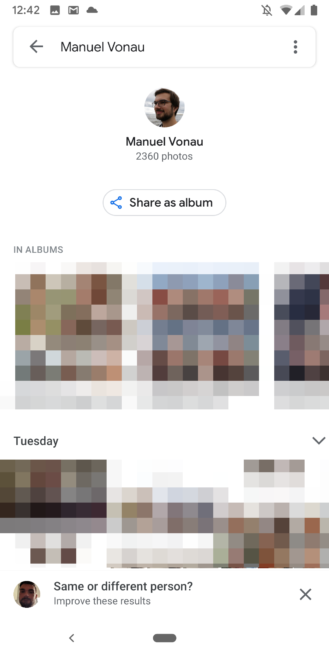 Tap on this suggestion and you'll be taken to a fullscreen view with the main person and various pics that seem to be of the same face, but that Photos isn't too sure about. You can approve the recognition or tell it they're different people. Once done, your answers will improve Google's facial grouping, and you may be asked to do the same thing for other people. 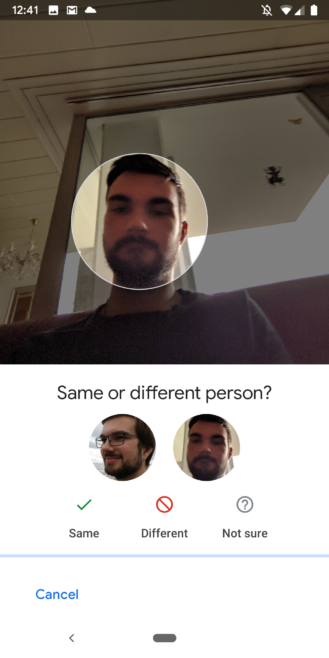 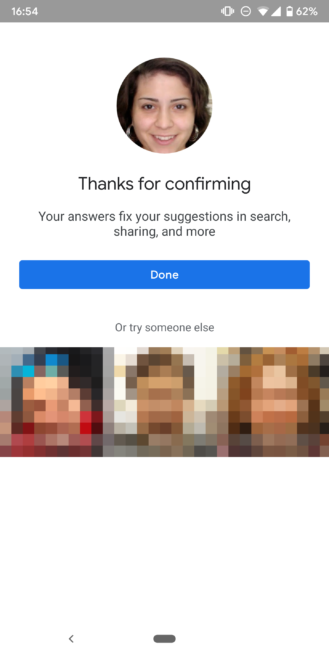 Left: Confirm match or tell Photos they're different people. Right: Do the same for other faces.

As I mentioned, we spotted this at least a month ago, so it's not new-new, but since we keep getting tipped about it, it seems the feature has been slowly rolling out to users who haven't seen it on the web before. Also, there appears to be a small difference now: with the web questions, Photos was suggesting to merge two similar faces that it had grouped separately, whereas this iteration goes one step further by second-guessing merged photos that may be questionable and asking you to confirm that.