A black pall is being cast on many an app these days. But for many users, dark theming brings power savings on OLED displays and an eye-friendly nighttime aesthetic. So, for Google Fi subscribers who interface with its corresponding app, the latest update might give them a bit of a dark theme to look forward to — specifically found in the widget.

Version 14 of the Google Fi app brings a new color mode to its data meter widget. How it will appear to users will depend on whether their Android device is tuned to Dark Mode system-wide at the time of placing it on the home screen or when the home screen is redrawn.

The Google Fi app itself is also able to recognize when Dark Mode is turned on, as seen in this start-up splash screen. 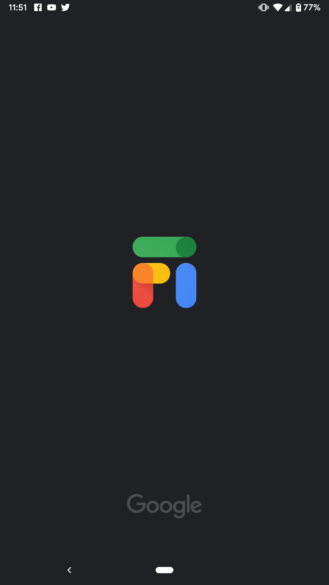 Unfortunately, the app itself defaults back into a brighter interface and there are no dark theme settings to look for. We'll have to see if the app gets to go black in a later update.

In the meantime, the latest version of the Google Fi app is at APK Mirror right now.