In this crazy world we live in, it's comforting to know that some things will never change — the sky is blue, the sun rises in the east, and Google releases a new version of Chrome (roughly) every six weeks. Chrome v74 is now available on desktop and mobile platforms, and while it doesn't include a massive number of noticeable changes, there is still plenty to talk about.

Slowly but surely, Google is adding a dark mode to all of its applications in preparation for Android Q. Chrome's dark mode first made an appearance early last month, and has finally trickled down to the stable channel with Chrome v74.

To try out dark mode, head to chrome://flags#enable-android-night-mode (paste that link into the address bar, tapping/clicking it won't work), tap the highlighted dropdown menu, set it to 'Enabled,' and then restart the browser. You might need to close and open the browser again after that. Finally, enable dark mode from the app settings. The mode also activates automatically if your device is set to dark mode.

When you visit a page written in a different language than what your device is set to, a Google Translate bar automatically appears at the bottom of the screen. If you closed the bar, you wouldn't be able to re-open it without reloading the page.

Starting with Chrome 74, there's a new 'Translate...' option in the overflow menu. The option only appears when the page is detected to be in another language. Not an exciting change, but I'm always a fan of making features more obvious.

Most operating systems have an option to reduce animations, or remove them entirely, for people who are extremely sensitive to motion. However, there hasn't been a way for websites to detect that option until now. 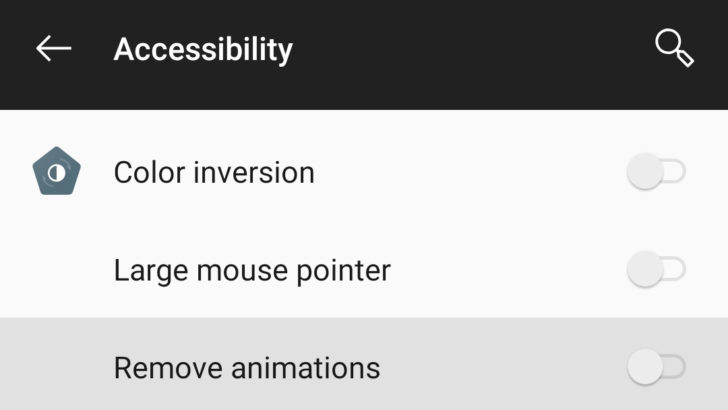 Chrome 74 includes support for the new 'prefers-reduced-motion' CSS media query. This allows sites to easily detect when the operating system is set to limited/no animations, and change their design/layout accordingly.

The media query is already supported by Firefox (v63+) and Safari (12.1 on macOS, 12.2 on iOS), so now it works on every major browser. Hopefully, that means sites will start to add support for it.

As always, Chrome 74 includes changes for both users and developers. Here are some smaller features included in this update: