Microsoft's stock price rose this week, briefly seeing the company join the pantheon of trillion-dollar tech giants. MSFT opened at $121.05 Monday morning and peaked at $125.76 Tuesday, nudging the company's valuation over the $1 trillion mark. The price has since fallen.

One share of MSFT was trading for $125.01 at close yesterday for a total market cap of $959.1 billion. As of writing, shares are going for $130.37 in pre-market trading, and it seems likely Microsoft will get back up over $1 trillion in the near future. 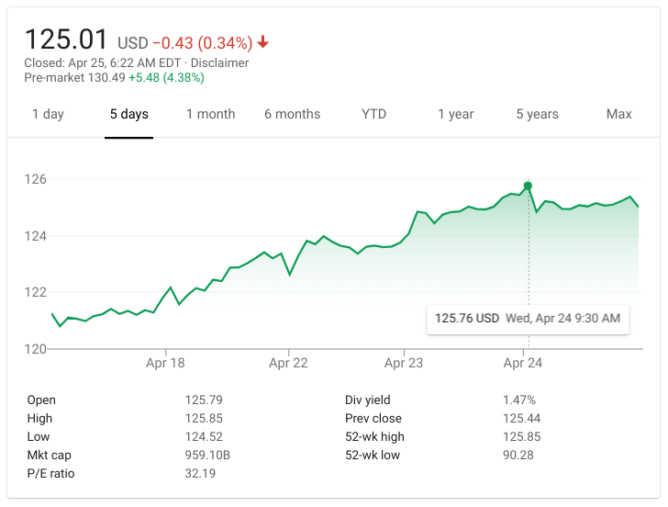 Both Apple and Amazon beat Microsoft to the punch on attaining 13-figure valuations last summer, although neither have maintained that status. Apple's market cap is currently $976.82 billion; Amazon's is $935.76 billion.