The privacy-focused, ad-blocking browser Brave is best known here at Android Police for acquiring and shutting down Link Bubble, which allowed users to surf the web in floating bubbles similar to Facebook Messenger's chat heads. Now, the company has announced the roll-out of its advertising initiative called Brave Ads, which replaces intrusive tracking ads on the web with privacy-centric ones provided by the browser.

For now, these ads are opt-in and will show up in your desktop computer’s notification tray. Each view rewards you with 70% of the revenue. You can either get a monthly pay-out in the cryptocurrency BAT or choose to support your most-visited websites in Brave's Rewards dashboard – which basically brings us back to where we were before when ads weren't blocked in the first place. 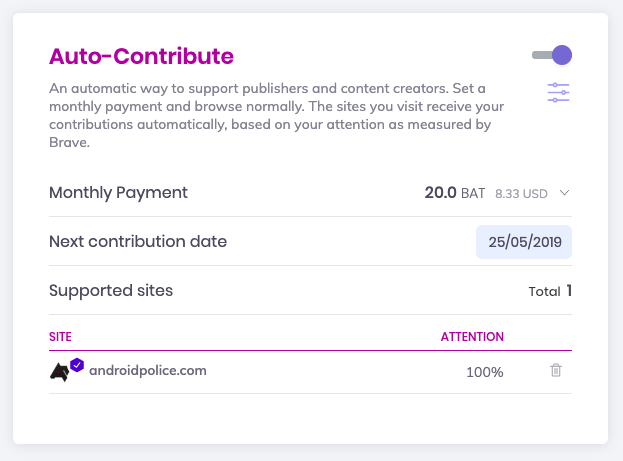 We have to give the company credit though since it promises a new approach to advertising that values users' privacy and data while still allowing publishers to somewhat target their content. Thus, Brave enables a respectful interaction between its users and advertisers – something that's gone missing in the web with hundreds of cookies tracking you cross-site and cross-device without your explicit consent. (Yeah, I know about GDPR, and while it does improve the situation, many websites still offer a sink or swim approach, forcing us to accept cookies to visit them in the first place.)

What I don't agree with is the fact that ads are popping up on my desktop, even if they're small and unobtrusive. I'm conditioned to notice anything jumping in my sight as a (somewhat important) notification, and I don't like to parse out which of these pop-ups are informative and which are just ads grasping for my attention. 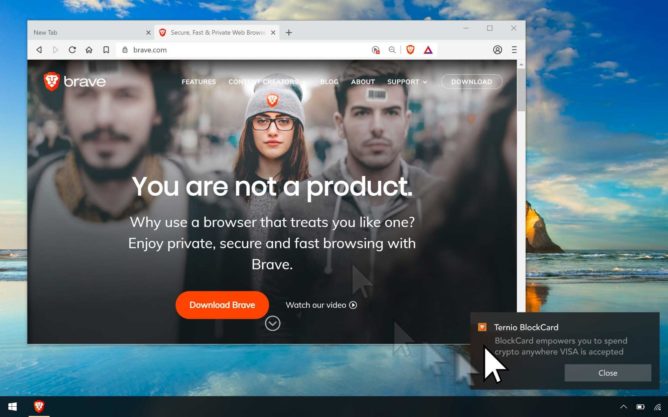 While paying users for seeing ads is not a new business strategy per se, it's one that's long forgotten and easily hacked – my colleagues still remember publishers like AllAdvantage which used to be tricked by college kids who automated scripts that clicked its ads to get more money.

Brave Ads are available starting today in the US, Canada, France, Germany, and the UK, with more locations following soon. Android and iOS will receive the feature in the coming months.

As many of you have pointed out in the comments, the company stated from the beginning that its mission is to disrupt the advertising market with privacy-focused advertising, and what we see here is its endgame in the form of privacy-enabling ads that improve the web and give users something in return. We should’ve stated this explicitly, and updated the intro of this post to reflect this information

Alternate Title: Yo dawg, I heard you don't like ads, so we've added ads to our browser so you don't have to see ads on websites