10x zoom seems to be a new benchmark for smartphone camera performance these days, and the latest company to offer a high-powered optical-hybrid zoom solution is Oppo, with its new Reno 10x flagship. The 10x refers to 10x zoom, which on the Reno is achieved by combining a 6x optical zoom 13MP "periscope" camera with output from the super high-res 48MP primary sensor on the phone for what Oppo calls a 10x "hybrid" zoom experience. The only other major smartphone offering similar optics is Huawei's P30 Pro, which starts at over $800 in the Chinese market. The Oppo Reno 10x will cost under $600 (3999CNY) for the base 6GB/128GB configuration in China - putting a very significant price gap between the two. While I sadly don't have a P30 Pro to compare to, I've been shooting photos in Zurich with the Reno 10x this morning, and some of the results are genuinely impressive (I emphasize the "some," though). When it comes to zoom performance, there is no replacement for [lens] displacement: more powerful optics yield far better results than digital zoom systems ever will, because the sensor starts with a far superior source from which to create an image. Comparing results to my $1000 Samsung Galaxy S10+ (which has only 2x optical zoom), it's obvious that the sub-$600 Reno 10x's ability to extract detail at a distance is greatly superior. And the Reno 10x doesn't really give up much to get there: it's got a Snapdragon 855 processor, 6GB of RAM (up to 8), a 4065mAh battery, and a big, beautiful 6.6" OLED display (with no cutouts or notches -  the front camera pops up via a motorized mechanism). So, could this be the mobile photographer's secret weapon on a budget? After some time with the camera today, I think there's promise here, I'm just not convinced it's been fully realized yet. 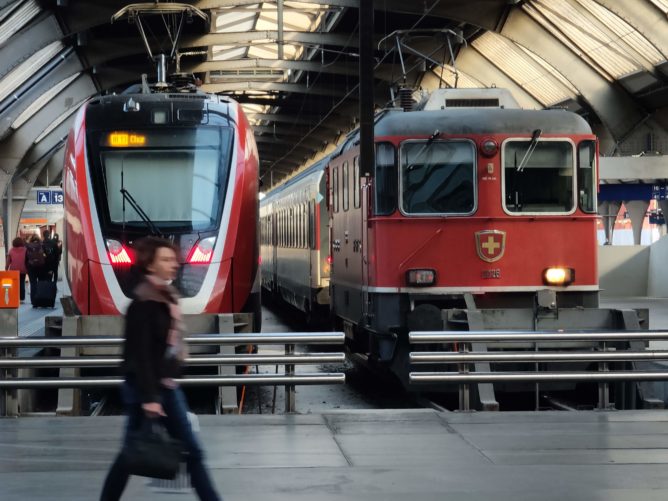 The periscope lens can produce some very striking and detailed images, like the one above.

While the Reno 10x consistently was able to capture much more detailed scenes at high zoom compared to my Galaxy S10+, results from the periscope sensor were often very noticeably muddy (especially at 10x) and subject to sunlight reflection aberrations on things like windows. I think Oppo still has a lot of tuning left to do with this periscope system, and my gut instinct is that these lenses will improve a lot over coming generations of phones. They're extremely cool (and useful), don't get me wrong - it just very much feels like generation one technology at times. Capturing moving subjects in anything but the brightest daylight with the zoom lens was a challenge, and I was consistently frustrated by how much exposure between shots of the same scene could vary - the phone just couldn't make up its mind (worth noting: this is extremely early software, Oppo claims it will improve). Oppo offers an "expert" camera mode for more manual control, but this only works with the 48MP primary sensor, which has a maximum (digital) zoom of 5x. The periscope camera can only be accessed in auto mode. 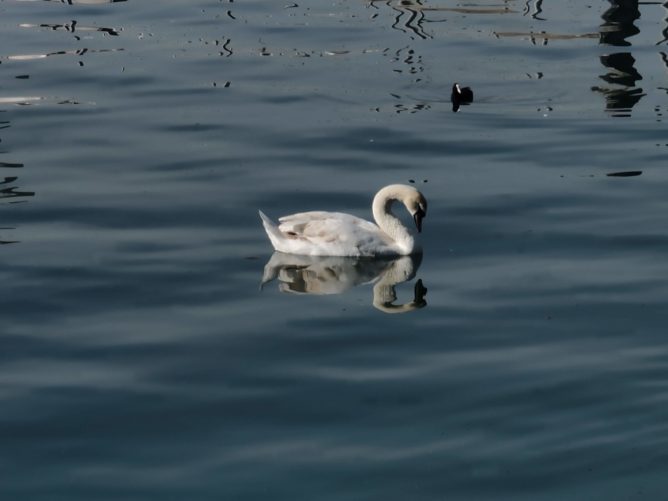 Getting consistent light metering from periscope cam was tough - it blew out most shots of this swan until I manually adjusted the exposure.

I've only seen results from Huawei's P30 Pro in reviews from others, but they genuinely impressed me - consistently. The Reno 10x occasionally left me very satisfied with a photo (the primary sensor is actually quite good, in my experience), but I frequently noticed major smoothing defects from the periscope camera that the digital zoom shots on my S10+ just didn't have. Sure, the Reno's photos had sharper lines and far less noise, but in a way they looked much less real. Take this photo of a church - both phones shot this at an effective 6x zoom, which is the Reno 10x's native optical zoom for the periscope sensor. 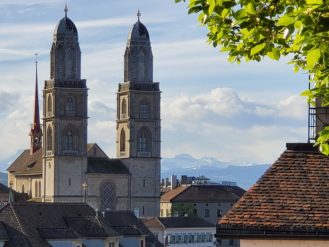 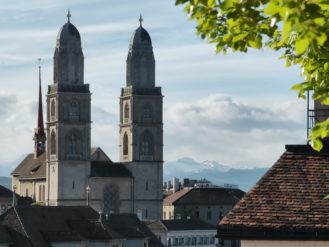 But the Reno's clouds look kind of painted on, and the stone walls of the church are almost completely obliterated into smoothness. The Reno's image does have far superior detail in areas like the windows - and with none of the telltale noise of digital zoom - so there are clear advantages. But for reference, I'm also including a shot from my Sony RX10 of the same scene, which I think bridges the gap between the over-sharpened, garbled, and noisy look of Samsung's photo and the detailed and smooth but artificial look of Oppo's. 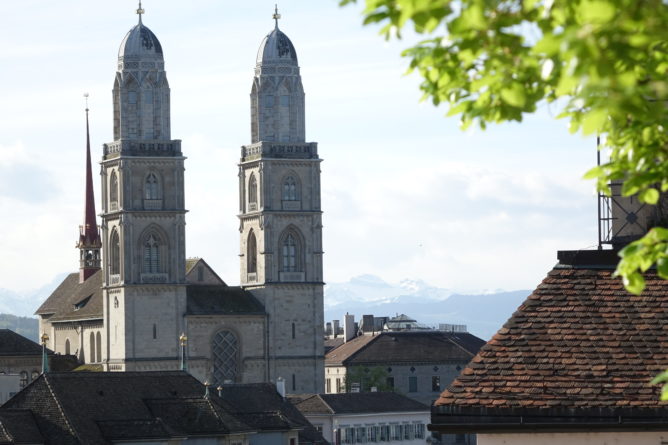 My camera and the tech inside it are six years old at this point, but its 1-inch sensor is about 3 times the size of any smartphone's and it has a full pound of glass hanging off the front (even then, it's only an 8x zoom). My point here is that not everything is down to processing - the hardware can make a huge difference when it's leveraged properly. And that makes me optimistic that Oppo can continue to tune and refine the experience on this camera, because the potential is clearly there. And packaging that potential in a smartphone that costs around what a OnePlus 6T does is an impressive feat, no doubt - I'm eager to see Oppo improve and iterate on the concept.

Speaking of, while the Reno 10x has been available for sale in China for some weeks now, Oppo just announced it will go on sale in select European markets for 800 Euro starting in early June (a smaller version without 10x zoom will cost 500 Euro, and goes on sale in May). 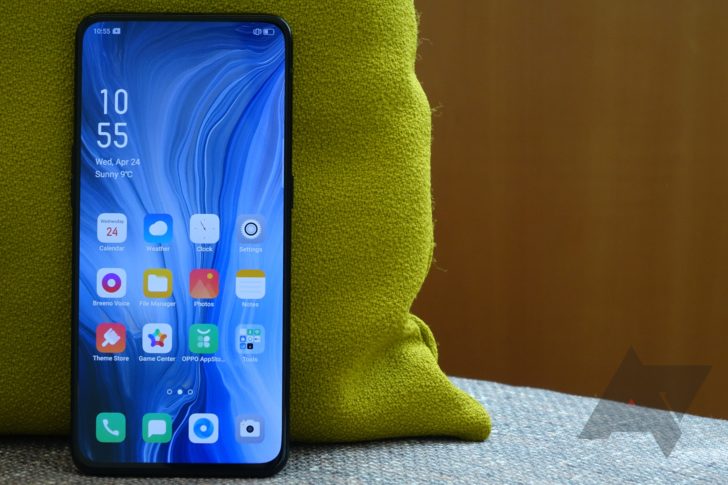 Meizu 16s announced: No notch, Snapdragon 855, and a lot of megapixels

Google is testing a distraction-free reader mode in Chrome Canary