Believe it or not, Facebook's smart display and Echo Show analogue, Portal, is actually pretty well-liked by customers, holding a four-plus star rating at both Amazon and Best Buy. At $199, though, it's not the type of thing most people would splurge on on a whim — but it's currently half off from several retailers.

The Portal's primary function is making video calls. It can communicate with other Portal devices, obviously, but it can also place calls to and take calls from just about any device through Facebook Messenger. It has Alexa built in, too, so its range of functionality is pretty wide. 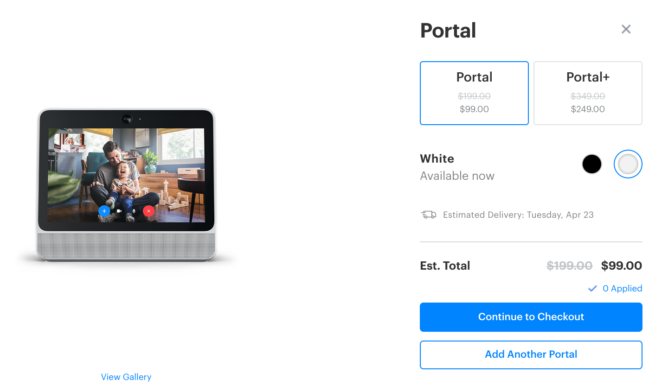 Facebook is a pretty divisive platform, but if you're a fan, there's never been a better time to grab one of these. You can snap one up at half price from Amazon, Best Buy, or direct from Facebook at the links below.

The larger Portal+ is now $100 off from Best Buy and direct from Facebook, too, at $250. It's still full price on Amazon as of now, though.