Without a doubt, one of the best Pixel features is Call Screen. Ever since its announcement at last year's Pixel 3 event, and its subsequent arrival on my Pixel 2 XL, I've really wanted to see it work with Google Voice. However, since those calls ring through the Voice app itself, Call Screen never has a chance to activate. So, what if we route those calls through the main Phone app? Turns out that works — you can get Call Screen on your Voice calls!

First, open Google Voice and head into the settings menu. About halfway down the screen, in the Calls section, you'll see "Make and receive calls." Tap that and you'll be greeted with two options: "Prefer Wi-Fi and mobile data," or "Use carrier only." You want to tap the second one, and then you're good to go. Try having someone ring your Voice number to test it out. 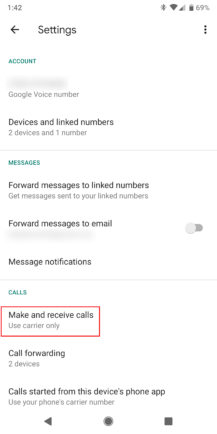 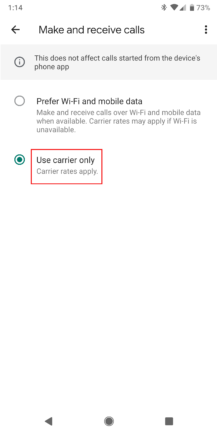 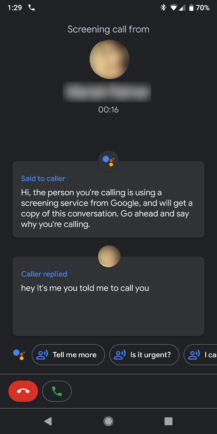 I tested this earlier, double-checking that my contact used the Voice number I gave her since the incoming call display didn't tell me which one was actually being rung. However, a Call Screen button was there like when I receive calls to my SIM card number.

What we're doing here is effectively forcing Voice to route the call through your connected device's Phone app. Doing so brings up Call Screen as an option — selecting it reads the usual greeting to the caller. And, of course, you need to be on a Pixel or eligible Android One device to use Call Screen in the first place.

[Update: Portal+ $100 off, too] Portal from Facebook is half off at $99 from several retailers