As any Android enthusiast will know, Google loves testing new UIs and features on random users. Sometimes the changes are welcome, but other times... not so much. This latest addition to Google Photos falls into the latter category, because a dedicated Printing tab is something that nobody asked for. 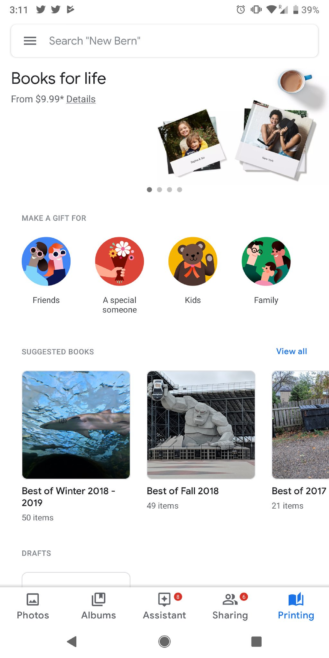 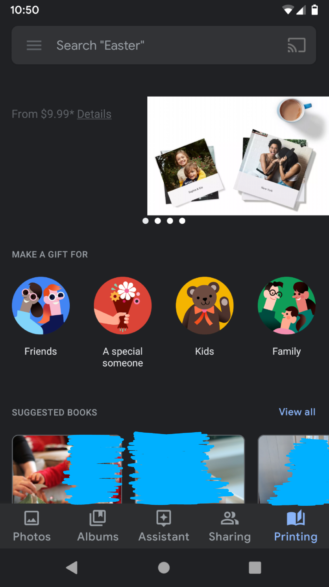 Upon first seeing this fifth tab, I thought that this would be a shortcut to print your pictures via Cloud Print (which would still be pretty useless), though it turns out that it's just a new place for the "Photo books" option that already exists in the sidebar. Google probably figured that having the tab would increase its photo books' exposure to regular users, and it probably does, but it just clutters things for most people.

A few readers have sent in screenshots with the Printing tab, though nobody on the AP team has it. Here's hoping that this doesn't make it past the testing phase.