Security camera maker Arlo took a half-step outside of its usual fare when it introduced its Audio Doorbell and Chime last year. We tested the package out and found that it did its job, just at the wrong price. Add the fact that doorbells with cameras in them have been the rage for a long, long time and it seems like Arlo has been missing out big time. Well, the company has announced, among other things, that it will indeed release a video doorbell sometime in the future.

The doorbell, which will work with existing mechanical and digital chimes, will have a 2-megapixel camera for 1080p footage capture and a wide field of view. It would also bring two-way intercom functionality, just as its audio doorbell does right now. It's all pretty standard stuff for the market. 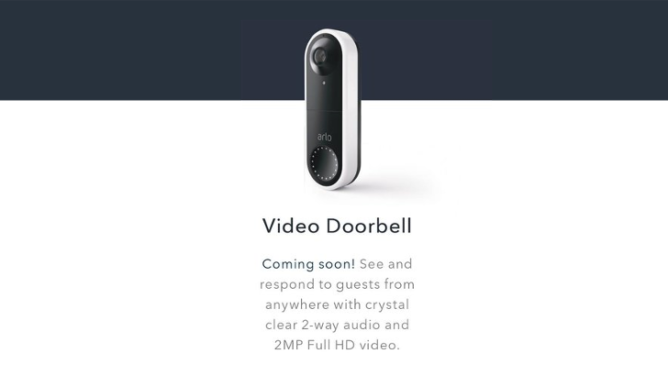 Pricing and release have not been set yet, but with heavy hitters like August, Nest, Ring, and SimpliSafe selling similar doorbell cameras approaching or at $200, Arlo should hope to not get lost in the crowd.

The company also announced a partnership with I-View Now, a camera monitoring service, that will allow security dealers to combine Arlo's existing cameras with I-View Now's service. Ironically, I-View-Now's press release provided us our first visual of the anticipated video doorbell, which you see above.

Google Photos has removed its useful and compact yearly view