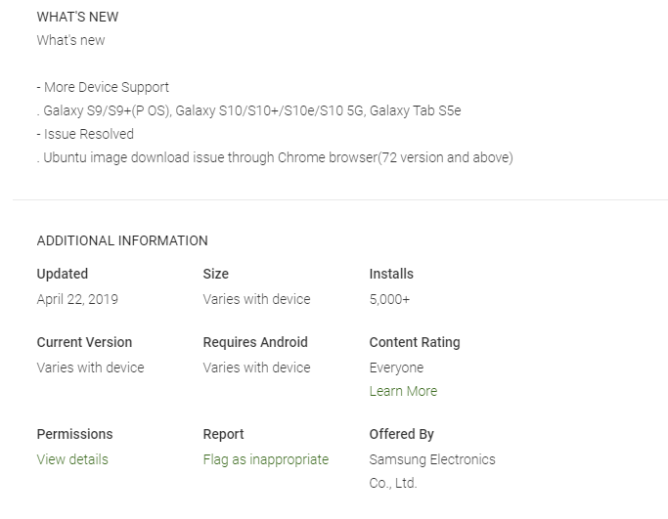 Samsung DeX (a contraction of "Desktop eXperience") has come a long way since its 2017 launch alongside the Galaxy S8. Initially, you had to use a docking station from Samsung, though this was done away with the following year. You can now get a Samsung DeX Pad and use your smartphone screen as a touchpad and virtual keyboard, or just use your own keyboard and mouse. For the next iteration of DeX, rumors suggest it may work wirelessly.

To use Linux on DeX, no additional hardware is needed, though you'll have to join the beta program to download it from the Play Store. Alternately, you can pick up the installer from APKMirror. Do note that Galaxy S9 users will have to be on Android Pie to run this.