We just received dozens of tips telling us the Google search widget on the launcher is showing a small animation, which happens to be the same as the daily Doodle. I don't have it on any of my devices though, despite running the latest beta, so it may be a limited test. When you unlock your phone, a spring flower pops up next to the Google logo then disappears. It's cute and the company definitely chose a good first animation to show off the feature. We still don't know if this will be a special thing though, or if it will happen daily with every Doodle. That could get tiresome.

Those of you who are perceptive noticed the setting for those animations months ago — tap and hold on the widget, go to overflow, Preferences, and you'll find the Searchbox effects toggle. You should be able to disable them there. 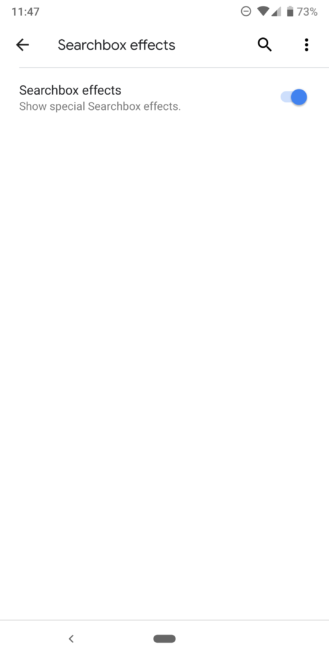 But that's not the only place the Doodles are showing up. Swipe over to your Google Discover feed and you'll see the top is now taken by the daily image. This change started rolling out a while ago and seems to be spreading now to more users and devices. I like it, though I wish there was a way to hide it once I've seen it at the start of the day. 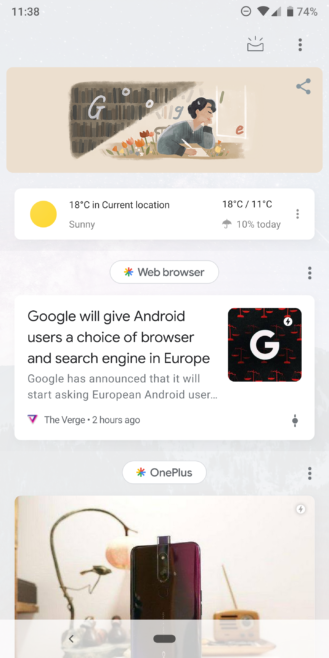 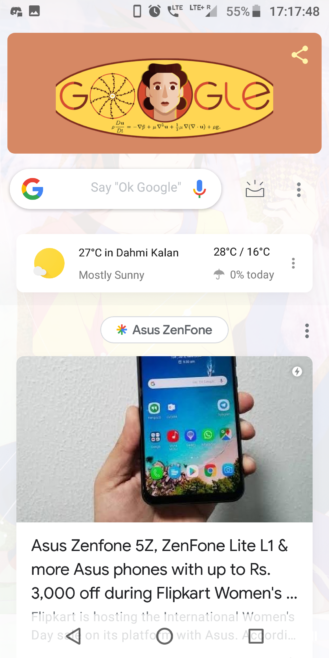 Doodles on top of the Discover feed.

Google's Doodles have been making appearances in the search bar widget every now and then, causing some confusion among users who still don't know what's happening. It's always fun to see them though. Since the first spring one, we've had a Bauhaus blue animation on April 11 and an Earth Day one today. Thanks, Thomas Hunsaker, Samarth Verma.

[Update: Live for some] Google Photos will finally tell you which photos weren't backed up, ...