There's a lot to like about the Nokia 9 PureView: it's got a unique camera setup, its construction feels high-end, and it's generally a solid performer. The in-display fingerprint scanner, though, just doesn't work as well as it should. Or at least it hasn't up until now — Nokia is pushing an update that's meant to address the scanner's poor performance.

HMD chief product officer Juho Sarvikas tweeted that the update is available now in most regions. Users will need to re-enroll their fingerprints after installing.

We are rolling out a software update to your Nokia 9 Pureview. Kindly re-enroll your finger print for best experience. While update is staged it is available in most markets already. #nokia9pureview 📷📷📷📷📷

According to TechAltar on Twitter, the update not only improves fingerprint scanner performance, but also image quality and display tuning. He notes that photos seem exposed more naturally and image processing is faster (although it's still comparatively slow). The display's saturation seems to have been toned down some, too. 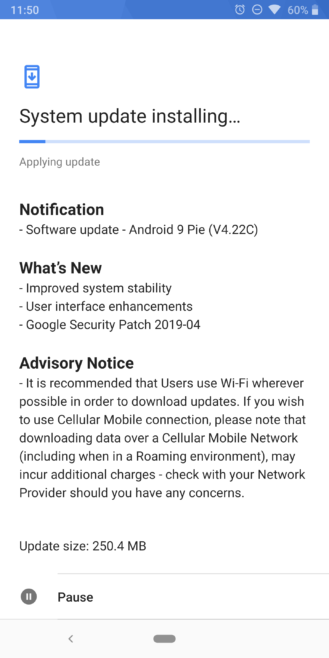 The update is likely already available where you are, so be on the lookout.

15 new and notable Android apps from the last week including Swoot, Waymo, and Harmony Express ...