Every large company has its fair share of customer service issues, but Google seems to always find the most perplexing ways to screw up. Case in point, one Reddit user has posted a story in hopes of getting Google's attention. After returning a defective Pixel 3, Google didn't issue a refund. Instead, it sent ten Pixels when the user bought a replacement.

According to u/Cheetohz, Google only refunded $80 for tax on the original defective phone. That leaves $900 owed (apparently this was a 128GB model). However, Cheetohz went ahead and ordered a new pink Pixel in a separate transaction. Google's shipper somehow thought the order was for ten pink phones, and that's what they sent. 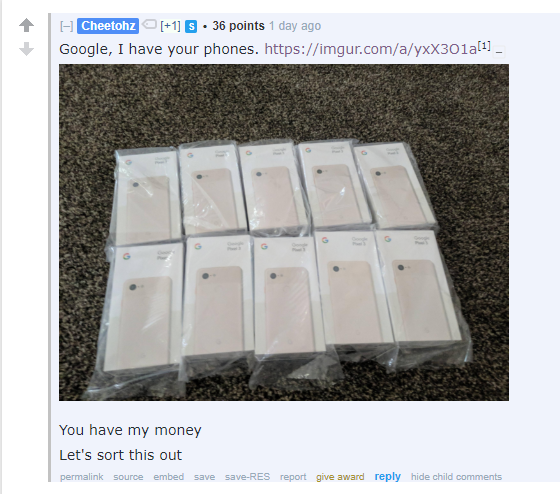 So, this person is sitting on about $9,000 in free merchandise (pre-tax) while Google owes them $900. It would be tempting to consider this a windfall. The law on this is clear—you cannot be forced to return things that are delivered to you. Although, Google could take action on its end and ban the associated Google account or blacklist IMEI numbers.

Cheetohz could keep one of the phones and sell the rest but has attempted to get Google to issue the original refund and take the phones back. Unfortunately, no one from Google seems to know how to do those things. Google's official Reddit support account has commented on the post, promising to follow up via private message. Hopefully, this poor soul gets that refund and comes out of this with at least one working phone.

Our Pixel-rich friend has gotten things worked out with Google. In a new Reddit thread, /u/Cheetohz reports that Google issued an account credit (he's a Fi subscriber) for the owed balance. Assuming everything processes correctly at the end of his billing cycle tomorrow, he'll ship the extra Pixels back. So, it's a happy ending for all involved. 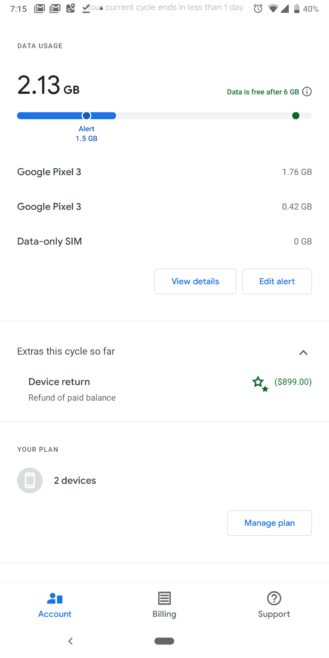 [Update: Dead, for real] Inbox by Gmail may be dead, but you can still use older versions