Google Sheets, which recently crossed the half-billion installs milestone, is a handy tool to create shared spreadsheets that can be co-edited in real-time. Today, the Google Docs team announced a series of tweaks aimed to improve the experience of formatting images, charts, and Pivot Tables.

Directly paste web images into sheets: Images from the web can now be pasted to sheets in a single action. Earlier, the IMAGE function had to be used, and would only work with publicly hosted images. Last month's update added the ability to insert local files too.

Guides: Sheets now has the ability to snap charts or images to a grid, and ensure they are in proportion to one another.

Objects can now be snapped to a grid, as well as manipulated in groups

Multi-select: I can't believe this didn't already exist, but you can now select multiple objects to perform batch actions.

Pivot Table insertion options: Just like Excel, you can now create a Pivot Table in an existing sheet too, instead of defaulting to a new sheet. 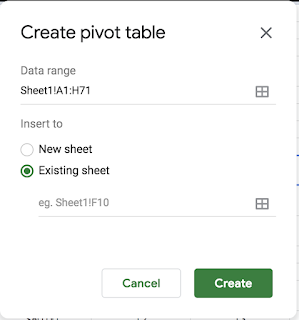 Dynamically-updating charts: If you use the Q&A feature to insert charts, they will now dynamically update if the underlying source data changes.

None of these features particularly stand out, but together, they show Google's apparent focus in making Sheets a worthy Excel competitor. I just hope Google can replicate Excel for Android's impressive image-to-spreadsheet feature — given Google's OCR chops, I think it would actually be able to do a better job.