It must be point-and-click adventure day or something, because I just covered the release of a fantastic sci-fi noir title, and now I'm announcing another quality puzzle adventure game called Agatha Knife. On its surface, it appears to be a standard point-and-click adventure puzzler, but don't let the cartoony graphics fool you, as this release offers a satirical story that tackles many controversial topics through the eyes of a child.

Agatha Knife tells an extremely odd story about a girl who sleeps in her family's butcher shop slaughter room, who then creates a religion out of Carnivorism to help save the family business from the new corporate grocery store that just moved into town. The gameplay feels pretty linear, and you'll spend most of your time hunting down clues, collecting objects, and solving puzzles. It is a point-and-click adventure game after all, and it doesn't stray too far from the genre's norms. One thing that does set this game apart is that it tackles topics like animal rights, religion, and culture, but through the lens of a seven-year-old, which provides some much-needed whimsy and nuance to these difficult subjects.

Agatha Knife is a premium release, and you can purchase it on the Play Store for $4.99, which is actually seven dollars cheaper than the Steam version. No advertisements or in-app purchases are included. Once installed the game will take up 103 MB of storage. Google Play Games Services are supported with a Google sign-in and achievement system. Cloud saving is not supported, and neither is the Nvidia Shield.

If you are a die-hard point-and-click adventure enthusiast, you may find that the puzzles in Agatha Knife are on the easier side, which makes sense since the strange story is the focus of this release. There's still plenty of fun to be had as you work your way through the quirky title, which is clearly reflected in its positive Steam reviews. It's often rare that we receive quality games with upfront pricing on the Play Store, and the fact that we received two premium point-and-click adventure games in one day simply means some tough purchasing decisions lay ahead. Luckily you can't go wrong with either release. 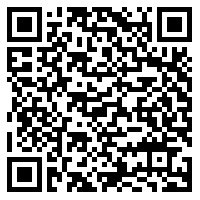